The U.A.E. Sidestepped The Arab Spring, As Did Most GCC States

The political system in the U.A.E. is stable. With the exception of Bahrain*, the Persian Gulf was virtually untouched by the 2011 Arab Spring and its violent aftermath. The al-Maktoum family, which rules Dubai, is generally popular and does not face any organized political opposition. There is some measure of competition between the al-Maktoum family and the al-Nahyan family, which rules Abu Dhabi, but both families have a strong incentive to cooperate to attract foreign investment. The primary source of political stress in the U.A.E. is succession planning, but such affairs are typically internal matters that are resolved outside of the public eye.

Foreign companies experience significant difficulties requiring local construction companies to meet specific labor standards. Any reports of poor working conditions at the Company construction site could negatively impact the Company brand. Dubai and other Emirati cities depend heavily on foreign laborers, who comprise the majority of the country's population. Those laborers often have their passports confiscated and have no recourse to mitigate labor disputes. The poor quality of working conditions in the U.A.E. has received increasing attention from civil rights groups in the past several years, particularly low wages, substandard housing, and high mortality rates. Documented mistreatment of laborers could negatively impact the Company brand and depress attendance rates from U.S. or Western European countries. The New York Times published an article on 18 May highlighting abuses at NYU's Abu Dhabi satellite campus that directly violated provisions of the university's agreement with the contractor.

Cultural Sensitivities Could Be Aggravated By An Influx Of Western Tourists

Gulf states are religiously conservative and Westerners have previously been arrested for running afoul of cultural norms. While the Emirati government is trying to position cities such as Dubai as major tourism hubs, police have often shown little leniency to tourists violating cultural norms. Western tourists have previously been arrested for public drunkenness or for public displays of affection; police also have the power to detain foreigners for acts of adultery or for making comments critical of government officials. It is possible that the Emirati government may relax enforcement of these laws to attract Western tourists but foreigners can very easily violate the Gulf state's strict laws , particularly if under the influence of alcohol.

Major Western Projects In The U.A.E. Are Currently Underway

Those investments include both branded real estate and theme parks. Merlin Entertainment (based in the U.K.) is scheduled to open a Dubai Legoland in 2016 and both DreamWorks and Universal Studios are in discussions to build local parks. Paramount Pictures does not appear to be in talks to build a theme park but will work with Damac Properties Co. to build several Paramount-branded hotels in the Burj Khalifa area. A number of smaller media companies already have an established presence in the U.A.E. and are concentrated in the Dubai Media City zone.

Dubai also has a wide variety of existing commercial developments that cater to foreigners. Many of these properties are being upgraded to accommodate a significant increase in tourism in the next decade.

The Global Village: An outdoor shopping and entertainment district with multicultural offerings from a wide number of countries. The venue attracts over 6 million visitors per year.

Cruise lines: Port Rashid, already a popular cruise ship destination, is being upgraded. The port is being expanded to accommodate seven vessels simultaneously, up from the current five, in order to attract 450,000 cruise tourists by 2016. 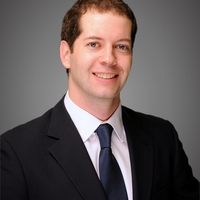 **Turkey: Enemy Without, Enemy Within** The Turkish government's intolerance to the idea of a Ku... Read More