Not Your Dad's Pot: Raising THC Levels and The New Marijuana

At the University of Mississippi, Dr. Mahmoud ElSohly, a professor of Pharmaceutics, has the unique task of growing marijuana with the full blessing of the U.S. Drug Enforcement Administration. In addition to the pot that ElSohly grows for research purposes, he is also tasked with the testing the potency of drugs that are seized by the federal government as part of the Marijuana Potency Project. "Way back in the 1970s the THC content was 1 percent, some years less than that. In the 1980s it increased to 3 or 4 percent and stabilized for a few years," ElSohly said. "Since the 1990s it has been steadily increasing, and today we have 12 to 15 percent THC, which is an extremely potent product." A 2010 report compiled by the researchers at Ole Miss analyzed nearly 50,000 samples of marijuana seized by the government between 1993 and 2008. The report concluded that levels of tetrahydrocannabinol (THC) – the active ingredient in marijuana – rose from 3.4 percent in 1993 to 8.8 percent in 2008. ElSohly said that the higher levels of THC content have been achieved through genetic selection – choosing plants with higher potencies – as well as through refining the growing and manufacturing process. "Today, most of the productions are hydroponic," he said. "They are giving the plant the nutrients that it needs to produce most THC." This is certainly true in Colorado, where a booming market for legal marijuana thrives on packing higher THC levels into products. "We now sell products over the counter that have 20 percent THC and in edible that may be as high as 50 percent," said Marvin Ventrell, director of community and alumni relations at Harmony Foundation, a recovery center in Denver. "This is a different drug," than people were consuming during the baby boomer generation, she said. With high-potency pot taking up more and more of the market share, the Ole Miss report concludes, "The question now becomes: What are the effects of the availability of high-potency products on cannabis users?" It's something that researchers and those in the recovery fields are watching closely. While marijuana users chose higher-powered products to obtain a superior high, others caution that the negative effects of marijuana also increase with THC content. "As you go up in potency, you can expect more negative adverse consequences because you are hijacking [the brain] with a more potent system. It's just basic pharmacology," said Dr. Ruben Baler, a neuroscientist at the National Institute on Drug Abuse. In addition to the health effects, Ventrell and his colleagues at the Harmony Foundation are concerned about what effects more potent pot will have on addiction rates. "We can assume that addiction rates would go up," he said. "That 1 to 2 percent [of the population that is susceptible to marijuana addiction] might become much greater." Health Effects In order to understand the concern around increased THC levels, it is important to know how marijuana acts on the body. When marijuana is consumed – whether it is smoked or eaten – THC enters the bloodstream and acts on brain molecules called cannabinoid receptors, part of the body's endocannabinoid system, which affects neural communications. The high that smokers feel occurs when the THC affects the receptors controlling pleasure and sensory systems. However, cannabinoid receptors also control memory, concentration and coordination, leading to the difficulties that pot users in these areas. "All those affects are really due to THC hijacking a natural system in the brain," Baler said. "Really, the endocannabinoid system is a fine-tuner of brain activity throughout development and beyond. Natural molecules in the brain do this job, and it is a very efficient, very important job. This is why [marijuana] affects so many systems." Because of how it affects the brain, marijuana use is particularly concerning for people under the age of 25, whose brain systems are still developing. "People don't realize that it is a very carefully orchestrated choreography that can be offended by even minor insults," Baler said. "All those things that are bad for you are even worse in this phase of development. That is our main concern." 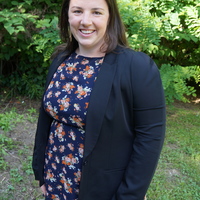 Lessons From The First Year of Motherhood

Last year I spent my Mother's Day waiting. I was just fifteen days away from meeting my daughter ... Read More

Morley Piper was 20 years old and had been in the Army for two years when he found himself lurchi... Read More