Independent producer, entrepreneur and alumna Nicole Fox (Production – B.A. '98) recently spoke to SFTV students in Mayer Theater about alternative financing in the age of crowdsourcing and social media. Money is no longer the "coin of the realm," she said. While she learned the hard way what not to do, she was more than happy to shorten the learning curve for SFTV students. Building Your Target Audience "It's all about the eyeballs," Fox said. "I hate to tell you this, but Hollywood is lazy and if you have a great idea but no eyeballs then the Hollywood executives have to work harder and therefore, you are a riskier investment." 'Eyeballs' became the keyword of the afternoon as Fox stressed the importance of building your audience before you launch crowdfunding campaigns for your film or web series. She outlined five important ways to achieve this. 1. Become a blogger. Blogging is all about constant output and generating content. Don't put pressure on yourself to be brilliant or perfect or else you'll be paralyzed and do nothing. WordPress and Ghost are two of the more popular blogging sites. Additionally, it's important to connect with like-minded bloggers and support and promote each other to build your community and generate new followers. 2. Make a list of who your audience is and where they are. Where do they hang out? What blogs and websites do they follow? This is how you find your target audience and how you can reach them. 3. Create a landing page for your film with an email tied to it. Use Mailchimp or another email service to reach out to them and consider offering a contest to get email addresses. Even something as small as an iTunes gift card can be enticing. People love contests and they're much more likely to sign up and give you their address if they have a chance of getting something for themselves. 4. Find ten people you know personally that fit your target audience and contact them three times (email, phone call and/or face-to-face). You're betting on creating an emotional connection with them. 5. Hire a social media on set director to take photos of you, your cast, and your crew and get them out on social media. You will be busy actually making your film and you don't want to worry about this part of the process. Using an on set director and aligning with your cast and crew's social media connections also multiples your outreach. All of these steps are part of your pre-marketing campaign that you need to do before you start filming. Almost half of crowdfunding projects fail and 12 percent of them don't get any money at all. There are at least ten thousand projects at one time on crowdfunding sites and Kickstarter and Indiegogo will get behind you, but only if you're on the road to success. All the while, continue to blog, maintain your film's website and make a trailer or teaser for your film. Festivals and Distribution The next step for many filmmakers is submitting to film festivals. While you have a better chance of getting into smaller festivals, Fox said the distribution deals that come from them are almost always bad because they think you're desperate. For digital distribution, no one has figured out how to do it yet and there are no rules, except for the fact that eyeballs equals money. Self-distribution is a lot of work but you get to keep all of the money whereas in traditional or digital distribution, you give up a great deal of the money and there's very little transparency on their end. You want a deal that is non-exclusive so you're not tied to one company forever. It's not all doom and gloom. Fox listed some digital platforms that are great for filmmakers such as Whalerock, Vessel and ("Craigslist for filmmaking"). Tugg and Gathr are two other great sites that help you actually screen your film in local theatres provided you sell enough tickets in advance. Fox also recommended contacting independent theatres in your area. "Call and tell them about your film," she said. They're dying and they need you and will often do a 50/50 split on the ticket sales." Fox closed the session with a Q&A and reminded the students that collaboration is key. Her final pointers: Put together a production company and name it something that matches your vision. Make sure you have an odd number of people so that you always have a tiebreaker. Make short films at least twice a month and put them on YouTube to generate traffic. If you have ten thousand followers or more on YouTube, they will let you use their facilities and equipment for free. Start a festival with student productions and get the student body behind it. There are so many brands on campus alone let alone outside of it that want to get a foot in the door to campus and millennials. Build your target audience and get those eyeballs. Don't be afraid to ask for help and don't be afraid to fail. No hits this week? Try again next week. And remember – share vs. pitch – you're not a used car salesman. Fox's new distribution company, VuFangle, will launch this summer and is devoted to mid-sized films, transparency and profit sharing with filmmakers. VuFangle untangles digital clutter and connects consumers worldwide with their entertainment anywhere, anytime on any device. Website coming soon. In the meantime, email Fox's assistant at nicole.asst@vufangle.com. 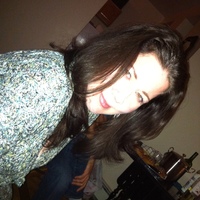