New Teachers: The Secrets to Sticking Around

THE TRUTH ABOUT TEACHING Teachers. They are a curious bunch. There are many types, shapes, sizes, and states of mind among them. Almost all teachers believe they are doing their very best. The majority are really good, heartfelt people that want to make a difference in their students' lives. New teachers, until they've had their own classroom, will not realize how much of themselves they'll give to their new way of life. Once they have been baptized by fire, they'll realize that teaching is a soul-baring vocation, in that one's best and worst are displayed in the classroom for all to see. This is incredibly terrifying and exhilarating all at once. In order to truly reach students, teachers must allow themselves to be tender, openhearted and willing to always work towards being a better person, as well as a more effective educator. TEACHING IS WAR Some teachers embrace that crucible and allow the students to hold up a mirror for the teacher to see his successes and defeats. For a classroom is a battleground. Don't misunderstand. It's not teacher against student; it's teachers and students against apathy. Every day the battle is lost and won. Every day, the teacher must reassemble his tools and weapons. Every day, he must go back to the same field, consciously forgetting the casualties of yesterday, because he has to start new, or else the battle is lost before he ever gets out there. In preparing the students, he can't fight before them. He must fight by their sides. He must let them learn to thrive and fail by their own accord, showing only by example, the glories to be had through vigilance, discipline and true spirit. The teacher's job is to help the students want and attain that glory for themselves, because he won't always be there, and they have to learn to stand in their own desire to learn, if the war is to be won. It's mighty hard to go in, day in and day out to try and teach the adolescent animal, whose very nature causes her to mistrust, push back, withdraw, make excuses, hide behind false bravado, and fear failure and success. If she's poor or disadvantaged in any way, then there is a Great Wall of China between her and her teacher, which he'll have to climb over, before he can even start teaching. But he signs up for it every day, because he believes that he can reach her. He swears that if he ever gets tired of climbing that wall for more than a year, he'll do something else. When he uses these challenges as a launch pad to always getting better, his heart will not be defeated. CASUALTIES However, if he absorbs her negativity, listens and hears with his heart her answer, "No." Then he will start to slow. His energy will begin to wane. All of a sudden, he rests and pretends not to notice the three in the back of the room with their heads down. There's not enough to fight that battle. It's their choice anyway, he tells himself. Because he's becoming more and more removed from them, what used to just be mild irritation at their ways has now become a more solid dislike. How can he do this over and over? When is somebody going to do something about this? He didn't go into teaching to babysit. In a few years more, his dislike will have calcified into bitterness. Anyone who comes along with a new idea or a possible solution is met with searing impatience. There is no desire to learn or to get better. Just to do the time. There is no judgement in this. All teachers flirt with this kind of disillusionment, especially teachers in schools of poverty. The turnover is unbelievable. It's a difficult, often thankful job, and some might argue why anyone would put themselves through such dysfunction. Anytime someone is that unhappy in their job, no one benefits. There's someone else who will give it a try. It's perfectly understandable to move on to a job that feeds you better and isn't as hard on you day in and day out. link THE MINDSET THAT HELPS It must be acknowledged that all teachers have these feelings sometimes and often. There are days and weeks, even, where a teacher cries on the way home, or in bed, thinking about the day. Teachers who have taught more than 5 years sometimes have whole years where they doubt their desire to continue their career. Some go back to school to get their administration degrees, some teach a community college class or two, some leave and come back because there's a hole in them every time August comes by. What we're talking about here is not the teacher who struggles or is down for a while. We're talking about the teacher who refuses to see that there has to be constant change in his career. The kids will ebb and flow, teacher's schedules will change from day-to-day, year-to-year administrators will come and go, the school itself will get better, then worse, then better again, budgets will shrink and expand, and programs will come and go. It's the very essence of teaching…change. Then why should he not expect that he must change as well…that there will always be celebrations of success and actions that will always need improving? For all teachers, there will be days when you don't feel like you're teaching to your standard. These days have to happen, if teachers are going to save themselves from burnout. Even on mediocre days, the students have the benefit of just having their teacher around. Students need to know that even if he isn't on his game, he'd still rather be with them than anywhere else. 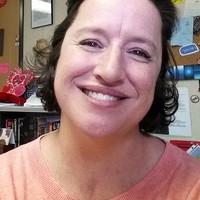 I am a 49-year-old writer, a veteran high school English teacher, and a wife and mother living and thriving in the breathtaking city of Colorado Springs, CO. I have endured and enjoyed a wide range of life experiences that provide me with unique perspectives on subjects like long-term marriage, parenting (birth to teens), teaching and education, recovery from alcoholism, drug abuse, and mental health issues, finding balance, and spiritual comfort and experiences. I am also talented and effective in the areas of the organization and execution of family travel, home care, interior and holiday decorating, and shopping, all on a budget. I am very curious, and I love chasing down the information no one else can get. I have a lot to offer all clients of all mediums, and I look forward to being one of your tools for success!

On the way to have coffee with a friend this morning, I was driving on a pretty busy street. Out ... Read More

THE ART OF DISTRACTION Distracting your curious and enthusiastic child is more than half the batt... Read More