Diabetes mellitus is a disease that affects an estimated 390 million people worldwide, with that figure expected to rise by over 50% by 2035. This potentially deadly ailment results in the failure of glucose to reach the interior of cells to be processed for energy, and is most commonly found in two closely linked forms. In type 1 diabetes (DM1), the pancreas ceases to produce insulin, the hormone responsible for triggering cellular glucose uptake. In type 2 diabetes (DM2), the issue is that the cells become insensitive to the presence of insulin. While DM1 is most commonly caused by an autoimmune response, DM2 is generally, but not always, caused by poor diet and obesity. Exogenous insulin is required for the control of DM1, whereas medication for DM2 centres on drugs that serve to lower blood sugar, and increase cellular uptake. Roughly two-thirds of DM2 sufferers are put on at least one drug, with the most common being metformin. One job that metformin does well is to reduce glucose production in the liver, which is up-regulated in diabetes, primarily as a response to low intracellular glucose levels. Metformin's other mechanism, the increased cellular uptake of blood sugars, is not fully understood. However, the mechanism most favoured by theorists is the increased activation of AMP-activated protein kinase (AMPK), and there is some evidence to support this. The formation of adenosine triphosphate (ATP) is the end goal of all energy systems, and it is the breakdown of this molecule that allows the body to function. ATP is eventually cleaved to ADP, and then AMP (Adenosine diphosphate and monophosphate, respectively) before being re-phosphorylated back to ATP. AMPK is a heterotrimeric enzyme that plays a key role in the regulation of many catabolic (energy producing) processes, including cellular glucose uptake. Activation of AMPK is primarily triggered by an increase in the AMP:ATP ratio, which is essentially an indicator of cellular starvation. It is believed that mysterious metformin activates AMPK by increasing the concentration of cytosolic AMP. Now, new research at the University of Southampton, England, has uncovered another potential pathway to AMPK activation. For now, they are simply calling this molecule 'compound 14', and to understand how it works we need to run through even more molecular acronyms…. are you ready? Compound 14 acts by inhibiting a cellular enzyme known as ATIC (don't worry about its long name!); the knock on effect of this is the build up of a molecule called ZMP (an analogue of AMP). It would seem that this increase in ZMP initiates the same reaction as an increase in AMP; activation of AMPK. So, it appears that compound 14 causes a very similar response to metformin, but possibly via a slightly different mechanism. In this new study, two groups of mice, one normal weight and one obese, were given compound 14, daily for one week. While the weight and blood sugar of the standard mice remained stable, as it was before drug administration, the obese mice lost approximately 5% body weight, matched by a coinciding drop in blood sugar levels. This shows great promise for compound 14, which will now enter the next stage of its trials, a study of long term effects. So, what does the future hold for compound 14? That probably depends on how its performance compares to metformin. While some diabetes drugs have been shown to cause weight gain, this has not been shown to be a major problem with metformin. In fact, many users report weight loss. Metformin is an extremely effective drug, that is very cheap to produce, and has very few side effects; the main side effect being gastrointestinal irritation. The following questions possibly hold the key to compound 14's success… Does it lower blood sugar more effectively than metformin? Does it increase cellular glucose uptake more effectively than metformin? Does it induce weight loss in all overweight subjects? Does compound 14 have fewer side effects than metformin? And most importantly… can compound 14 be effectively mass produced anywhere near as cheaply as metformin? Forgetting about the differences between these two compounds now; there is another, natural way of increasing activation of AMPK: exercise. Both metformin and compound 14 are classed as exercise mimetic drugs; essentially, they make the body think it is exercising. Studies have shown that exercise induces AMPK activation in diabetic and non-diabetic subjects. In fact, research suggests that exercise alone is the best way to prevent pre-diabetes from progressing to the full disease. Studies have investigated the possibility of combining metformin with exercise, but the combination was not found to be effective at all. This is an area that I studied quite heavily at university, and I firmly believe that exercise therapies are the way forward for combating DM2, especially for those that are newly diagnosed or in the state of pre-diabetes. Exercise has a positive effect on the entire body, as well as the mind. Exercise also has no toxic side effects. The studies are there to back up this theory, but why is it not being implemented? Without casting aspersions about those who suffer from DM2, the issue seems to be one of treatment adherence. 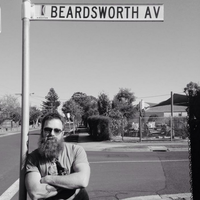