NeurXstem and the World of Tiny Brains

It's a tiny white blob, no bigger than three millimeters across, and it's floating in a test tube inside Ohio State University's biomedical research tower. To the untrained eye, it's an inconspicuous speck of flesh. But to a rising number of scientists across the world, it's a revolution in the field of neuroscience, and it may forever change how we understand the nervous system. That tiny white blob is a nearly perfect recreation of the human embryonic brain. Engineered in the laboratory of Dr. Rene Anand, a professor at the College of Medicine, these brain "organoids" have the potential to unravel the secrets of Alzheimer's, Parkinson's, and many other diseases that have stumped the research community for decades. They're grown from stem cells and they equate to a brain at five weeks of prenatal development. What distinguishes these organoids from previous attempts at engineering brain tissue is just how similar they are to the real thing. They have 99% of the genes of an embryonic brain and nearly all of the recognizable anatomical structures. As a result, they have the potential to serve as excellent research models for all types of brain disorders. "We have sophisticated strategies to understand if something is involved with causation (of disease) because we have the model," says Dr. Anand. "You can use cells in a dish but it ain't the brain." Dr. Anand spent years investigating brain disorders with rats and mice as his research subjects but eventually grew dissatisfied with the results. "You can't study such higher order disorders in rats and mice," says Dr. Anand. "At every level they're not us." The disparity between humans and rodents lead him to seek alternatives, but it was a challenge at first. Two years of failure preceded any sign of promise in his quest for a better brain model. But his personal contact with those affected by the diseases he studies spurred him onward. "When you talk to parents of children with autism year after year you realize it's time to take the risk," says Dr. Anand. "You're no longer just an academician who wants grants, papers, and prizes. You want to solve the problem." So he and his team continued their efforts and soon after, the organoids were developed. Two years later, Dr. Anand and his colleague, Susan McKay, have started a business to market these organoids to researchers who want a more accurate representation of the brain. They're currently in the process of getting their company, NeurXstem, off the ground, which involves constructing a business plan. But it has been difficult for the two scientists, neither of whom having a great deal of experience in the marketplace. "We are not business people but we're learning." says McKay, who has worked with Dr. Anand for seven years. "You develop a lot more respect for what people have to do to start up a business." A crucial step in building this business, as with any other, is identifying a target demographic. Altering the status quo of research does not come without a fair share of skepticism, however, and many potential clients could be resistant to changing their laboratory methods. "I think a lot of people are so well versed in using older models of brain development, such as the rodent model or tissue culture, that they really weren't prepared for the data we were showing them," says McKay. "It's hard to break into a new developing technology if people are rooted in their way of thinking." In addition to attracting clients, another hurdle facing any burgeoning entrepreneur is attracting investors. McKay and Dr. Anand are confident in the quality of their product, but convincing venture capitalists is an entirely different battle. According to Dr. Mike West, CEO of BioTime, it can be difficult to secure funding in the biotechnology industry. His company specializes in regenerative medicine, so stem cells are integral to many of their projects. But progress in stem cell research often takes time, something that turns off many potential sources of capital. "In today's fast-paced world, the development of new therapies is very challenging," says Dr. West. "The biggest reason, in my opinion, is that today's investors, for the most part, are looking for short-term gains. Therapeutics generally require long-term investors. For those who are willing to be patient, however, the rewards can be large." McKay and Dr. Anand hope the prospect of a long-term reward is enough to draw investors to NeurXstem. But they aren't going about it completely alone. They've enlisted the help of members of Ohio State's Fisher College of Business, lawyers specializing in information technology, and Rev1 Ventures, a Columbus-based venture development organization that helps build new companies. Armed with this kind of assistance, McKay and Dr. Anand are enthusiastic about NeurXstem's potential to profoundly impact not only the biotechnology industry, but the whole realm of medical research. However, the translation of a research success to a commercial success isn't always a streamlined process, especially for a professor with obligations to the university. "This is not cheap science," says Dr. Anand. "If you look at it from a business perspective — who's going to buy it? What will it cost? How will you market it? Who will run it? There are a thousand different things that I have to do on that side in addition to writing my grants, teaching my students and doing everything else, so it's a very hard two hats to wear." But according to the founders of NeurXstem, the work will pay off. Their goal is to make the platform of brain organoids available to scientists as quickly as possible in order to accelerate the discovery of a cure, whether it be at Ohio State or anywhere else in the research community. "We're not going to figure out all the cures to every disease," says Dr. Anand. "What we do is we enable all the brilliant minds to ask the questions and solve the problems. The platform opens the gateway." 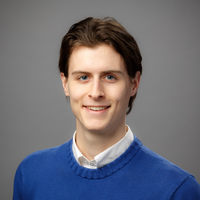 Hi there. I'm Scott, a writer with a passion for science, travel, and storytelling. I'm excited to work with you.