Defensive Demolition as Adelaide hit back.

The Adelaide 36ers have refused to lie down and die, despite being forcefully challenged by Melbourne United and will now take the NBL grand final series to a deciding fifth winning 90-81 at Titanium Security Arena.

When Melbourne United drew to within four points at the 6:00 minute mark of the final term they had recouped a 24-point halftime deficit and looked dangerously poised to capture victory.

The now lifeless Adelaide stadium had witnessed a Melbourne unit that to halftime shot an abysmal 1 of 15 three pointers and a lagging 30 per cent from the field, pile on 50 points in a second half master class.

But it was Adelaide's quiet achiever Daniel Johnson (21 points, nine rebounds) called upon to save the day.

With the shot clot winding down, Melbourne looked set to force a turnover but a Ramone Moore (12 points, five rebounds) pass to the corner found a peeling Johnson who nailed the three pointer to give his side an eight point advantage.

The lead proved enough as David Barlow cost his team the slim chance of victory with a technical foul for abuse despite a Chris Goulding (15 points, four rebounds, four assists) three moments before.

Adelaide jetted out to an 19-8 lead in the first five minutes of the game as Sobey did his best Harlem Globetrotters impression with an out of this world reverse layup.

Creek and Deng had Boone's number on defence and Adelaide was smoking on 8-10 from the field and a remarkable 12 of 16 free throws.

A 29-21 advantage was the result, despite Melbourne shooting 25 jump shots for the quarter.

Johnson was the first player in double figures in the second, but some scary scenes overshadowed him when Creek collided with a group of courtside fans leaving a number prostrate on the ground.

All were quick to make a full recovery however and Adelaide surged ahead to lead 55-31 at the main break; Shorter and Sobey joining Johnson in double figures.

Goulding and Prather attempted to resuscitate the visitors in the third scoring six and ten points respectively.

They succeeded in narrowing the gap to 71-58 at the final change despite having three players on three fouls and finals stalwart David Barlow with four.

With the victory Adelaide have now held Melbourne United under 90 points for the first time in their eight encounters.

The teams will meet for the last time in Melbourne on Saturday as United chase their clubs first ever-grand final title. 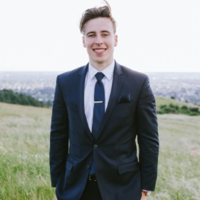 Every brand has stories to tell—stories that will not only engage, inform, surprise, delight, and impact their audience, but that will also deliver on measurable business goals. I am the conduit between brand and consumer that makes dreams and visions into tangible word created reality. I help clients find the subject and medium that best fits their unique identity, and then I produce high-quality content that meets their objectives. Having started my own business in 2015, I have collaborated with companies such as the National Basketball League, LK Group, Open Universities Australia, Wotif.com, and Hockey Australia, to name a few.