My First Two Hours in Istanbul

At 8:00 am on an early-June Tuesday morning I land at Atatürk International Airport. I collect my luggage and start walking. It's quiet and I'm sure I'm going the wrong way, but no one is yelling at me so I keep going. I walk through the wrong door, bypassing customs (was there any?) and out to the terminal without so much as a "Welcome to Turkey." It's 8:20 a.m. and the car from the hotel is not here. No one is holding a sign with my name on it. Ok. What do I do? Find a taxi? Call the hotel? Slight panic. I notice the nazars decorating the airport. This is so unbelievably cool! Any panic turns into jumping up and down inside. Outside I'm cool and confident, know exactly what I'm doing and walk purposefully. Ah! An information counter. English! Ok. Problem solved. I ask to use the phone to call the Hotel Uyan. The man behind the counter is not happy. That's not what the information desk phone is for. Hmmmm. Ok. I tell my story and how my cell phone doesn't work here. He relents to one call. No one answers at the hotel. Five minutes later, he grudgingly lets me try again. I think about leaving him some money for his "trouble", but he's so grumpy I don't want to. The hotel is all apologies. We will send someone right away, or just take a taxi. I want to keep moving, so I just take a taxi. By 8:45 I'm in the back seat of a cab driving into the city center of Istanbul! The air is fresh and more humid than Greece, in a pleasant way. Istanbul feels like a seaside city. There are flowers everywhere, and parks and playgrounds. Bits of the ancient wall, the last great fortification system, survive in the oddest places. Silent reminders of greatness. We're in rush hour traffic, people going to work and school. As we sit at a traffic light, the driver teaches me a little bit of Turkish, okul tasiti. By 9:15 I see the Hagia Sofia and the Blue Mosque with my own eyes and can't stop grinning. I am enthralled by the winding streets of the old city, but when I start to see the same bewitching buildings again and again, I get the sense that locating the hotel is not going well. We make another loop and five minutes later, the driver stops at Sultan Ahmet Park, the tourist hub of Istanbul. He shakes his head and his finger in the direction of my hotel. He can't get there. Something about the one-way streets. He's done. He can't do any more. I protest. He's done. At 9:25 I'm walking through Sultan Ahmet square on a sunny, clear morning in Istanbul. My back is to the Christianity I was raised on and the Byzantine-era Hagia Sofia cathedral, former mosque, and now museum, and I'm walking towards Islam and the 17th century Sultan Ahmet Mosque (the Blue Mosque). Surrounding me are men. Every one of them wants to sell me a tour or give me hand with my luggage. At first, I do not respond. I just keep walking. But, walking is like meditation, and eventually I smile and say no thank you to some, which of course encourages more talk. It's a slow walk, but I'm happy to talk to people. The men are forward but not disrespectful. I have a general idea where the hotel is. At 9:45 I'm wandering the tiny venerable Sultanahmet neighborhood tucked behind the tourist area. Pulling my suitcase over cobblestones is no fun, and I duck into the first hotel I encounter to ask directions. I get much more than that, and this will be the theme for the next twenty-five hours. Right away, whoever he was, the owner, the manager, maybe just a guy hanging out at the hotel, leaps into action. He grabs my bag and walks me straight to the door of the Hotel Uyan, just five minutes away. He brings my suitcase up the stairs and has words with the management announcing my arrival. Without allowing a moment for me to offer a few lira, he turns, warmly welcomes me to Istanbul and exits. My senses are whirling with all I have seen, heard and smelled in the last two hours. My consciousness is still catching up. I mispronounce and shout after him the only words I had managed to learn in the difficult Turkish language, Teşekkürler! I hope it somehow conveys my gratitude. It's 10:00 am. Continental breakfast is still being served on the rooftop. 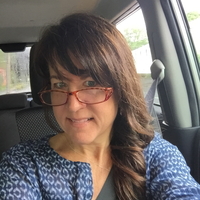 Spruce Up That Used Car: How to Save Money by Detailing All by Yourself

**Used cars are the way to go, but their exteriors pose a financial threat. Here&#39;s how to tid... Read More

**Marketers are furiously debating the merits of gating various types of content — but which type... Read More