Muslims and Queers and the Culturally Diverse on My Therapy Couch, Oh My!

"I have a dream that my four little children will one day live in a nation where they will not be judged by the color of their skin but by the content of their character" ("Transcript Of Martin Luther King Jr.'s 'I Have A Dream' Speech" 2013, para. 18). When Martin Luther King Jr. spoke these words in 1963, he represented a civilization tired of oppression. During the intervening years, numerous strides have been made in treating all cultures equally. Recent steps taken by the American Psychological Association (APA) in the ethical guidelines for professionals have improved the way differing cultures are treated in the therapy office. When discussing the subject of multiculturism, it is vital to understand the correct definition of culture. Culture is more than simply race. Merriam-Webster defines culture as " (1) the beliefs, customs, arts, etc., of a particular society, group, place, or time (2) a particular society that has its own beliefs, ways of life, art, etc. (3) a way of thinking, behaving, or working that exists in a place or organization" (2013). A person can identify with many cultures other than race, for example, gender, religion, sexual orientation, nationality, etc. Current Cultural Trends The current rise of blended families, multiracial offspring, and the influx of immigrants from non-traditional countries lends to a shift in clients presenting for therapy. Additionally, there are other trends leading to who now takes space on the couch such as, populations in non-traditional religions (Muslim), sexual orientation (LGBTQQ), and socioeconomic status (government assistance recipients). Trends in computer technology have directly influenced societies across the globe in beneficial and detrimental ways .Positively, previously under-served populations are now seeking Internet -based therapy. Rural occupants whom do not want to be seen at a therapy office, or whom may not be able to leave their residence, now seek therapy from someone miles away through videoconferencing. Negatively, the Internet provides easy access to pornography with damaging consequences, diversifying presenting therapeutic issues. Dr. Drew Pinksy noted that the entire culture of sexual addicts has been exacerbated by the ease of access to Internet pornography. He also witnessed a similar acceleration in drug addicts because of the ease of use and higher societal tolerance for illegal drugs and their legal synthetic counterparts (2013 para. #30). Because of these factors, counselors are increasingly presented with providing therapy to cultures differing from their own. Consequently, a well-rounded therapist is essential to meeting clients where they are. The APA sets forth certain ethical guidelines that are required of psychologists. Professional competence admonishes unfair discrimination, harassment, and harming clients based on age, gender, gender identity, race, ethnicity, culture, national origin, religion, sexual orientation, disability, socioeconomic status (American Psychological Association, 2010). Importance of Cultural and Linguistic Standards Arredondo, Tovar-Blank, & Parham, discusses the need for therapists to accept, rather than refer clients who speak another language or have an issue different from a therapist's own cultural competency (2008). If therapists can effectively counsel culturally different clients, there is a duty to do so. Personal issues like unexamined privilege of class or race may unintentionally bias some therapists. The APA addresses the need for therapists to work on their own issues so that any personal biases not interfere with therapy delivery. While in training, therapists are encouraged to take advantage of personal therapy (American Psychological Association, 2010). This therapy should continue periodically throughout their careers. According to APA (2010), "When psychologists become aware of personal problems that may interfere with their performing work-related duties adequately, they take appropriate measures, such as obtaining professional consultation or assistance and determine whether they should limit, suspend or terminate their work-related duties" (2.06a). Without the deep introspection and emotion-provoking work done in the therapy office, current helping professionals limit their potential to become a culturally competent therapist – one whom understands there are different perceptions held by various cultures and is sensitive to the effect of those perceptions on an individual. This knowledge. coupled with the willingness to work with and learn more about differing cultures promotes cultural competence (Wing Sue, Sue, 2008). Current and Future Expectations As more consumers take advantage of mental health services there will be more demand for culturally competent therapists. The increasing number of multiracial families and the ensuing clash of cultures created in the family unit and further, in the individual, is an exciting emerging aspect to deal with in the therapy office. Understanding and sensitivity are integral to helping these individuals develop (Arredondo, Tovar-Blank, & Parham, 2008). An ongoing culturally problematic issue is the earlier mentioned religious culture of Muslims in America. This is a touchy subject fraught with mass media bias. Heuristic assumptions about this increasing population are a challenge for therapists whose cultural miscues in therapeutic situations might lead to marginalizing this culture (Arredondo, Tovar-Blank, & Parham, 2008). As Muslims are increasingly receiving elevated levels of tolerance from the general population, it seems apropos that they will expect to find the same in the therapy office. Understanding the interrelationship between acculturation stress and identity development facilitates greater psychological well-being of non-traditionally religious groups. As Martin Luther King Jr. once dreamt of a day when all people were considered by another without cultural bias, so should therapists consider their clients. New trends in social and cultural mores have positively altered ethical standards of contemporary therapists. Culturally competent therapists value inclusivity and equity among their clientele. 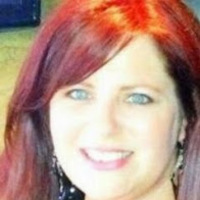 Blended Family Weddings: 5 ways to Focus on the New Family, Not Just the Couple

Nowadays, people are marrying later in life, and many have children from other unions. By incorpo... Read More