Mixing Mayhem: How Legends Are Made

Come Together to Abbey Road

Just a short jaunt from the St. John's Wood tube station, Studio Two's modest outward appearance belies its monumental history—the simple white walls, two-story format, and Victorian-esque lanterns surround one of music's most legendary recording studios. Birthplace to The Beatles' Abbey Road, the then-styled Studio Two later renamed itself in 1970 after its most famous production. But Abbey Road is famous for more than just its legacy as the last true Beatles album; the 1969 record is a fascinating look into the ways in which great mixing and audio engineering can make lasting legends.

Clarity and warmth are the name of the game for tracks recorded in Studio Two, with some of that due to the recording studio's unique acoustic signature and technical design. A warm and welcoming dash of reverb works seemingly like magic to produce the distinctive sound that The Beatles desired—so distinctive, in fact, that it's contractually forbidden to sample the acoustic signature of the room itself.

The prototype TG12345 recording console changed the game entirely: the device allowed the artists to enhance their bass, clean up distortion across the entire range, and smooth the entire album. Geoff Emerick, Abbey Road's chief audio engineer, believed that the console allowed "everything [to sit] together a little easier" on the album. Going further, The Beatles and their engineers experimented with all sorts of then-radical ideas: recording devices placed in cupboards and containers, then-new Moog synthesizers, and underwater vocal effects for "Octopus' Garden".

Crossing the Atlantic (and then some), West Hollywood's Westlake Recording Studios gave birth to Michael Jackson's Thriller in 1982. The man in charge of the engineering, Bruce Swedien, firmly argues in favor of an organic approach to mixing, believing that "you can't pre-think choices." Confident in Michael Jackson's artistic talent, Swedien's use of a Univox drum machine, SM7 microphone, Synclavier synthesizer, and EMT 250 reverb matched fantastically with the singer's brilliant raw vocals.

The engineer's famous "Acusonic Recording Process" was less a magical cure-all for recording woes and more of a procedure to achieve explosively powerful final results. The Acusonic approach allows for effectively unlimited track counts, meaning Swedien could avoid wrecking the transient response on often-used recording tapes. Avoiding this dulling effect is one of the most impressive technical feats of Thriller.

In the fall of 1996, Radiohead laid siege to and occupied the famous St. Catherine's Court manor home in Somerset, England. Unsatisfied with their previous recording studio (aptly named Canned Applause), the English rock band searched far and wide for an appropriate location—using St. Catherine's gave Radiohead the open feel and organic atmosphere the band desperately needed. The resulting OK Computer, released in 1997, would go on to become one of rock's greatest albums of all time

Like Abbey Road of nearly thirty years before, the recording venue played a major part in helping engineers craft the sound of the album. The open air, expansive internal space, and utterly unique acoustic qualities of St. Catherine's manor gave Radiohead all the room they needed to build upon what The Beatles helped pioneer. Sampling acoustics for "Exit Music" on a stone staircase, drums and amps spread throughout a series of linked bedrooms, using monotone vocals from a Macintosh computer were just a few of the techniques Radiohead used.

Radiohead's audio engineering point man Nigel Godrich notes that the band's eagerness to experiment with new sounds and mixing methodologies was something entirely unprecedented—there were "no constraints".

Great audio engineering brings the distinct elements of a song together and forges something greater than the sum of its parts. Abbey Road, OK Computer, and Thriller are just that: fantastically well-engineered albums that are some of the best of all time. 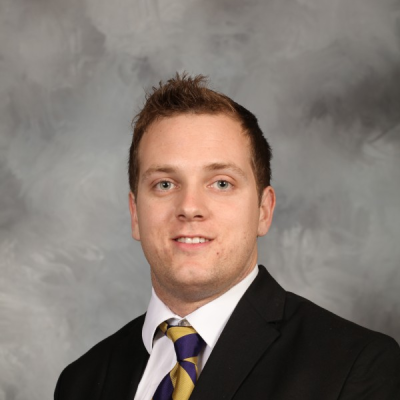 I graduated from the University of California, San Diego with degrees in History and the Study of Religion. Writing has always been my calling — I immediately began a career in copywriting and never looked back. I’ve worked as a professional copywriter for nearly ten years and have published work in the fields of travel, technology, fitness, finance, and education. After earning a certification in TEFL from the University of Cambridge, I taught English internationally for several years. As of 2019, I live and work in Southern California.

What is the best restaurant bookkeeping software?

What is the latest and the most useful OCD treatment method or medicine?

What is the most effective treatment/therapy for schizoid personality disorder?

How does lack of recognition in work affect employees?

Quora Question: Why do we use the after tax cost of debt in WACC? Or, put another way, why does the government give tax deductions on interest payment of debt?

Quora Question: What is the proper maintenance for an outdoor wooden deck or patio?

Being an employer, do I need any liability for Social Security and Medicare taxes in case my workers get tips but don't report them to me?

What is the typical price range for an outsourced or fractional CFO?

What are some employee gift ideas?

How do I sell my damaged car?

What is the quickest method for selling a car?

Due to a complication in my diabetic neuropathy, my ED is only treatable with the so-called "P-Shot". How does a single man in his 50s address this issue in a dating scenario?

The Role of Self-Acceptance in Recovery

Recovering from addiction is an exercise in self-acceptance and compassion. People who suffer fro... Read More

With eCommerce sales in Australia totaling more than [$21 billion in 2018](https://www.statista.c... Read More

What Happens When You're Late on Filing Taxes in 2019

There's no need to panic. The Internal Revenue Service (IRS) is very clear on the [fees and penal... Read More

Buzzfeed and Upworthy-style websites seemingly break all the normal rules of SEO—they don&#39;t u... Read More