American dialects are some of the most widely studied dialects in the entire world, and just as the people belonging to the many cultures of the United States differ greatly, so too do the styles of English used throughout the U.S. In fact, there are many more American English dialects than the three or four that are usually considered. Each dialect incorporates its own vocabulary, pronunciations, grammar, and expressions. In addition, even within a local dialect there can be variations on the ways in which different groups and families utilize English. Doctor Janna Oetting, professor of Communication Sciences at LSU, writes, "Language use varies across individuals even when these individuals are perceived to speak the same general dialect." While most scholars can agree on the basic dialect forms found in the United States, there have always been varying opinions about the boundaries, rules, and evolutionary future of American dialects. For years, language scholars believed that the progression of uniformed media and communication through the advancement of technology would ultimately lead to a merger of dialects, but real-world studies have shown the opposite. Even so, despite incorrect suppositions about American dialects, those who study the language have offered many fascinating ideas about U.S. dialects through painstaking research, data collection, map plotting, and observation. It is worth taking a closer look at the process of dialect analysis, some of the incorrect beliefs about American dialects, and where the English language as a whole is heading, in particular the dialects found in the United States.

For many years it was suggested that the technological changes in society would act as a catalyst for evolving dialects. Many people believed that the ease of communicating with people in other parts of the country, even other parts of the world, would cause dialects which would normally have little or no contact with one another to rapidly grow in similarity. After all, in today's world, we can easily catch a plane from California to New York, call a friend in Massachusetts from Arizona, or see a national television commercial from a home in Alabama. Author Ulrich Boser writes that "experts have been predicting the imminent demise of American dialects for decades, arguing that universal literacy and mass media would deaden local speech patterns." He says it was once believed "everyone would sound as distinctly indistinct as a television newscaster." Despite the truth that even national newscasters bring their own dialects with them to the news desk, the outcome suggested by linguists in the past seems greatly exaggerated and altogether different from the actual realization of the present state of American dialects. Prof. Dennis Preston write in "Heartland" that "regionalisms which are not glaringly nonstandard (at least within their own areas) continued to remind linguists and non-linguists alike that the promised leveling of variation, which was to have resulted from universal opportunities in education and from the mass-media influence of film, television, and radio, did not occur." All of these new technologies expose us, and our local dialects, to completely different speech, which in theory should alter our dialects to more closely match the others. After all, we as human have a tendency to become more like the people we are around, both in social behavior and language. Ulrich Boser also writes that "the Atlas of North American English, the first work to plot all the major speech patterns in the continental United States and Canada, has found the opposite: regional dialects are actually becoming more pronounced." It seems that after decades of exposure to various dialects throughout the country, dialects have not become less pronounced, but more. Even though we now have access to new vocabulary words, grammar, and pronunciations, the fact that we all want to talk and sound similar to our friends, family, and colleagues reinforces an even stronger division in dialectical boundaries. When a person from Arkansas takes a trip to New York, they may become aware of the differences between their speech and that of the native New Yorkers. This person might even feel embarrassed by their speech. If this person were to move to New York, they would likely adopt some form a New York dialect, especially words and expressions. However, when the traveler returns to Arkansas, they would probably feel an even stronger kinship with their neighbors and friends. If anything, that exposure to New York would strengthen their need to sound like other people in Arkansas, so instead of blurring the line between the two dialects, it would only make it bolder. Similarly, a person who speaks across country on the telephone everyday would notice a stark difference between their accents. The cross-country phone conversations would probably reinforce the person's identity as a Southerner, or Northerner, or from wherever they might perceive themselves as coming. By contrast, two people with similar but different dialects who live within an hour of each other would not notice their differing dialects much. In this case, it is much more likely that their dialects would influence each other rather than with someone clear across the Midwest.

This leads to one of the primary interests in the study of dialects and also one area that may have given rise to the misestimate described above. Mapping dialect boundaries has been around for decades with many people contributing over the years. Traditionally this process has involved interviewing a sample of individuals from different regions and compiling the data to construct maps to plot the outcome of the interviews. However, the process itself does not always account for all of the relevant factors involved. Southeastern lexical variation scholar Ellen Johnson recognizes this deficiency when in reference to one study done of regional dialects she says that "this project, in its broad application of categories, treats its informants in the southeast as though they all belong to one 'speech community', even though this community is far from being homogenous." 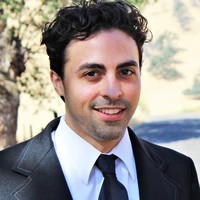 I am an experienced writer and editor and can quickly craft robust content for websites, blogs, workplace documents, and creative ventures. I have excellent writing skills, nuanced arguments, a rich, dry humor, and incredible life experiences from which to pull endless material for deep storytelling and word craft. I am incredibly flexible and willing to put forth my very best effort to provide you with excellent work. I will happily accommodate your needs in order to develop a lasting, long-term relationship which will be mutually beneficial for months and even years to come.