During recent months, Microsoft has reorganized its strategy and structure, as it strives to regain its former position at the forefront of the technology industry. While still one of the most profitable corporations on the planet, with $17.3 billion in profit in the last fiscal year, Microsoft has lost ground in the rapidly growing market for smartphones and tablets. Its search engine, Bing, loses billions of dollars every year for the company. One change that received wide publicity was the July 2013 announcement by Steve Ballmer, Microsoft's CEO, that he will be retiring. Ballmer was Bill Gates' handpicked successor to lead the software giant, but during his tenure, Microsoft has fallen behind and, according to the Wall Street Journal, Ballmer has been the recipient of considerable investor criticism. Now, with a new CEO, as well as new financial, structural and strategic changes, there are hopes that Microsoft can regain its leadership in the industry.

A New Direction for Microsoft

Over the course of Ballmer's tenure, Microsoft has rolled out a series of new operating systems, new devices and new management architecture. So far, however, it hasn't found the marketing sweet spot for the 21st century. Microsoft's central product has always been software for the PC, but the population of PCs is diminishing as Apple machines gain an increasingly large hold on both business and personal users. However, this traditional segment of Microsoft's product line is still profitable, whereas its ventures into online services, as well as mobile devices and web-based applications, have not done as well. The management shift announced by Ballmer in July 2013 is extensive, overhauling the company's entire structure and way of doing business. Ballmer characterized the change as "a big undertaking ... It changes our org structure, the way we collaborate, how we allocate resources, how we best empower our engineers and how we market." The New York Times describes the new structure as taking Microsoft in the direction of Apple, in a change that will dissolve its existing eight discreet product divisions and instead establish four new ones. These new divisions will each be arranged around a broad functional theme, similar to Apple's method of organizing a company around the functions of software, hardware and services.

Along with its management reorganization, in mid-September 2013, Microsoft announced a $40 billion stock buyback plan. This isn't unprecedented for Microsoft, since the new buyback plan, which doesn't have an expiration date, was established to replace an earlier plan that was due to lapse at the end of that month. At the same time, Microsoft will increase its quarterly dividend by 22%, to 28 cents per share, a major impact on decisions for investing in the company. CNN reports that ValueAct Holdings, Inc., an activist hedge fund with a $2 billion position in Microsoft, was the moving force behind the stock buyback and dividend increase - and possibly even behind Ballmer's departure. Apparently, Jeffrey Ubben, ValueAct's CEO, put pressure on Microsoft to decrease its cash supply and return more money to its shareholders.

Microsoft's new payout level of 28 cents per share will land it ahead of nearly every other technology stock, representing an indicated yield of 3.4%. Only Intel Corporation has a higher 12-month indicated yield (3.8%) among the very large tech companies. Following Microsoft's shakeup in leadership, ValueAct's president, Michael Morfit, will have the option to sit on the company's board starting in the first quarter of 2014. ValueAct's Ubben has been speaking out about Microsoft's long-term viability and robust prospects. He states on CNN that the company's future is bright because its products are "in the plumbing" of big corporations, referring to the large number of enterprises contracted to use Windows software. Ubben contrasts this position with more consumer-oriented businesses, such as Apple and Samsung, which he claims "have to run faster every year to keep up." 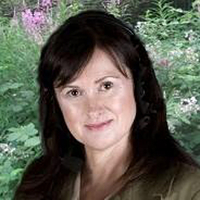