In previous posts I've spent a lot of time telling you why it's so important to help your potential buyers feel a connection to your items through irresistible titles, eye-catching images, and effective descriptions.

The reason is simple: you'll sell more stuff when you make people feel connected to your items!

In my experience, it's a lot easier to sell to men than women, which shouldn't be a surprise because men are more impulsive shoppers than women.

In fact, a 2014 survey by Credit Cards.com backed that claim up with some numbers:

[Please note the above table appears more structured in the original post.]

Of course, we're (usually) not talking about $500 articles of clothing here, but in that same survey, 85% of male impulse buyers said they had spent at least $25 compared to 74% of women. That means men are 15% more likely to impulsively buy an item for $25 or more. That's our target audience!

Mentally, men and women are physiologically different. This means they think and act different in part because their brains are different!

What's the result of these physiological differences?

As a reseller, you're probably selling to both men and women, and knowing the objectives of each will help you sell to each!

Men are not comparison shoppers. They view a successful shopping experience as one where they got in , got what they needed , and got out — and did all of that quickly. Knowing this, doesn't it makes sense that men would be more impulsive shoppers?

In our experience, men's jeans will get bids very quickly, often in the first day or two. Women's jeans tend to develop a lot of watchers but might not get bid up until near the end of the auction. It's those impulsiveness trends in action!

Women are comparison shoppers. And a 2007 survey of over 3,000 women attempted to categorize female shoppers into four distinct groups.

That last group, the Culture Artists, is fascinating to me. They make up the smallest group, only 1-of-9 women in the country, but they spend far more on average than the other groups. Given the characteristics listed — creative, impulsive, adventurous — this shouldn't be surprising!

The good news is you, as a reseller, can use all of this information to your advantage.

Bottom line: what does all of this mean?

If you're selling men's clothing, solve men's problems: show them the item, give them the info they want while keeping it short and concise, and don't be afraid to price your items aggressively.

If you're selling women's clothing, identify the type of woman from the groups above and play to their characteristics. If possible, appeal to the Culture Artists who are more willing to spend impulsively. This means make your descriptions vivid and your listings exciting! Use fantastic imagery. Don't emphasize the practicality or utility of your items — though this doesn't mean don't mention their usefulness. Instead, accentuate how cool they are! 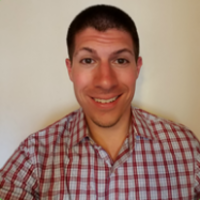 Aloha! Bryan is a 30-year-old analyst and freelance writer living on the beautiful island of Oahu, HI. He's been developing web content for over 7 years, originally starting on a self-owned blog about baseball statistics and advanced game strategy but later moving to more varied topics that require more than just an analyst's perspective: internet marketing strategy, social media marketing, eating on a budget, optimizing eBay listings, and even homebrewing beer. From his original project in baseball analytics, Bryan developed the ability to explain complicated concepts to readers of all levels of understanding. In branching beyond analytical writing, Bryan has enjoyed being able to write with less rigidity. He wants his writing to be engaging to the reader. If the reader doesn't want to click through to the next article on your site o...