Young athletes are known for their dedication to their sports. They work hard to balance sports, school, friends and family. Oftentimes, these athletes rise above academics and athletics to make a difference. These five athletes have demonstrated sportsmanship, courage, determination and selflessness in sports and in life. 1. Meghan Vogel In 2012, high school junior Meghan Vogel was lauded for her incredible sportsmanship during the 3,200-meter race at Ohio's Division III state track meet. Vogel noticed that her competitor, Arden McMath, was struggling to walk, let alone run, the final leg of the race. In this video, which went viral, you can see McMath clutching to Vogel as they cross the finish line together. Vogel was praised by many for her unlikely act of kindness and sportsmanship. She is set to graduate high school this year. 2. Quinton Anderson Joplin High School football player Quinton Anderson overcame extreme tragedy to serve as an inspiration for his team. The May 2011 tornado in Joplin left Anderson's parents dead and him with multiple, severe injuries. While he couldn't compete the next season, he was in attendance at every practice and game and served as team captain. He was honored by the Inspireum Football Awards with a $2,500 academic scholarship for his courage and contribution to the sport of football. 3. Austin Gutwein When nine-year-old Austin Gutwein did not make his school's basketball team in 2004, he focused his energy on helping others through sports instead. He was inspired by a video about children orphaned by AIDS to start a one-man fundraising effort. He shot more than 2,000 free throws to raise nearly $3,000 for African children. His shoot-a-thon became a larger event each year, eventually forming into the Hoops of Hope charity. Gutwein's foundation has raised $2.5 million for children in Malawi and Zambia. Gutwein is now a published author and currently attends college. 4. Blanchard Sanwouo In Cameroon, Blanchard Sanwouo regularly faced lions on the streets of his village. Later in life, he would face defensive linemen on a football field in Florida. After arriving in America, this young athlete dedicated himself to academics and football. According to the Orlando Sentinel, Sanwouo watched ESPN to learn English and improved his football skills so much that he received a scholarship from Liberty University. 5. Blake Anderson Blake Anderson, 19, made headlines when he achieved the highest Boy Scout honor, the rank of Eagle Scout. Anderson is a Special Olympics athlete who competes in track, basketball, football and softball. Anderson told Special Olympics Wisconsin that participating in sports taught him about teamwork, while being a Boy Scout taught him how to be compassionate. Anderson has also been honored as an honorary captain for the Fox Cities Ice Dogs hockey team. 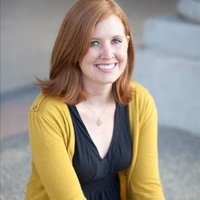 5 healthy habits to add to your morning routine

I love hearing about morning routines. Everyone is so different. I have pretty much the exact sam... Read More

May is a busy, busy month! With graduation season and Memorial Day weekend, you might find yourse... Read More