May Day Around the World

The 1st day of May, AKA May Day, is a public holiday in over 80 countries, and celebrated unofficially in many more. It is celebrated as a spring holiday, an occasion for bonfires, International Workers' Day, or a combination. These are some of the ways the occasion is marked around the world. The Maypole is one of the most recognizable traditions of the day. This tall pole, often danced around with intertwining ribbons, is a tradition in Germanic areas of Europe, as well as England. Walpurgisnacht is named after Saint Walpurga, and traditionally celebrated on the night of April 30th. Based in German folklore, on this night witches were thought to have held a celebration on the highest of the Harz Mountains, Brocken. These days, Walpurgis Night bonfires are lit in parts of Germany, Sweden, Finland, and the Czech Republic. Beltane is the Gaelic May Day festival steeped in pagan tradition welcoming spring and celebrating fertility. It fell largely out of practice, but has been revived in some places in Ireland and Scotland, as well as elsewhere by Neopagans and Wiccans. As with other May Day festivals, fire is a key symbol, with bonfires lit on mountains and hills. International Workers' Day is recognized on May 1 because on that day in 1886 unions across America went on strike in order to secure an 8 hour work day, which led to the bombing of the Haymarket Affair in Chicago a few days later. It's now recognized as a public holiday in many countries across the Americas, Europe, Asia, the Middle East and Africa. It has traditionally been a day on which many political demonstrations are held. Lei Day was established in Hawai'i in 1929 as a statewide public holiday celebrating traditional Hawaiian culture on May 1. On this day each of the Hawaiian islands is represented with a different type of Lei – a long necklace strung of flowers or shells. Is May Day a public holiday in your country? How do you celebrate? 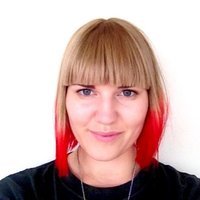 I'm a freelance online content creator, copywriter, and social media/community manager. I have over 7 years experience crafting social strategies, building online communities and creating engaging content across multiple platforms. An Australian living in Berlin, with experience writing in both UK and US English.

This month on the blog we're featuring Israel. It's a country with two Blacklane serviced cities ... Read More