The Madness is set to begin and every single year it is something that seems to draw in even the most casual of basketball fans. Offices around the world start gathering up cash for the annual bracket challenge and with sites like Yahoo offering up a million dollars for the best bracket everyone will be throwing their lotto ticket in there with the hope of hitting it big. Besides filling out brackets we do have a ton of individual games to break down from a betting perspective and also from a DFS standpoint if you are in a state where you can play.

This article is going to be breaking down the opening day of games from both a DFS and Betting perspective and will highlight some of the things to take note of as we get underway for what should be a wild tournament.

Games Against the Spread

*Northeastern +7 – * One of my favorite games of the opening weekend with Northeastern as a 13 seed vs a 4 seed in Kansas. Kansas is not its usual national title contender and this is a spot where name recognition could be overvaluing the Jayhawks against a very good Northeastern team. Vasa Pusica is healthy and a very underrated player who leads this Northeastern squad against a young Kansas team who lost key pieces throughout the year. The key for Northeastern is can they get enough stops as the offense shouldn't be a problem with their multitude of scorers. I do think they are live to pull the upset, but I really like the line here with them currently sitting +6.5/7 depending on your book. I expect a close back and forth game where if Kansas does not execute they could be one of the bigger name teams to go down on opening day.

*Yale +7.5 – * LSU is a complete mess and their coach is currently suspended as he seems to be involved in some shady business centered around recruiting violations which is a huge disruption during tournament time. Yale is the Ivy league champ and got thru a competitive league to win the auto bid and has faced some quality opponents during non-conf time so they will not be intimidated. Big question for me is can their best player in Oni stay out of foul trouble and handle the length they will see against a team like LSU. I could see this one being closer than most think and if LSU really is out of sorts there's no reason someone like Yale can't pull an upset so give me the 7.5 and hope they can compete with the more athletic side in LSU.

*Old Dominion +12.5 – * Late night game as the 14 seeded Old Dominion Monarchs take on the 3 seed in Purdue who has a legit top end player in Carson Edwards. Old Dominion is very methodical, like to slow the pace and play solid defense which limits the possessions and usually the score in their games. The total here sits at 126 which speaks to that point, and this comes down to can Old Dominion score enough to keep contact with a better squad in Purdue. I think overall Purdue wares them down and Edwards will be the best player on the court, but 12.5 is a lot of points in a game like there where they will be at a premium.

*Myles Powell – Seton Hall – $9400 DK – * Morant is going to be a popular play if you can find enough value, but Powell is significantly cheaper and certainly a do it all type guy for Seton Hall. They draw a very tough matchup against Wofford, but they have seen plenty of quality teams during conference play in the Big East and will compete in this game. Powell is the clear leader averaging 23-4-3 and is a candidate to play the entire game which is never a bad thing when talking about potential upside. Wofford comes in winners of 20+, but they haven't faced many players like Powell and it seems like regardless of game script or result Powell is poised to have a monster game.

*Eli Chuha – New Mexico St – $5900 DK – * New Mexico St had so many blowouts during the year beating up on the WAC that a lot of times their key players weren't asked to go the distance and play a full allotment of minutes. Unfortunately for the Aggies they aren't going to have that luxury against Auburn who is the favorite here and one of the best teams they will have seen all year. This makes someone like Chuha interesting at a sub 6k price tag. The forward averages almost 10 points 7 boards and usually only sees minutes between the high teens and mid 20's. If he stays out of foul trouble I expect that to be towards the higher end of that range and possibly eclipse it if he gets going. That should give him plenty of time to pay off his price tag and allows you to spend up elsewhere which is key as value is limited. 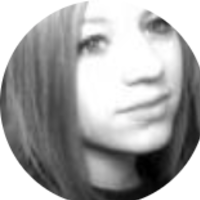 Abby is an award winning writer with 2 books published and a 3rd on its way! Graduating college with a MA in English and writing, Abby has truly shown a passion for writing. With over 10 years in experience with SEO content writing along with proofreading, Abby has all the skills and experience to complete any job. Over the last 5 years Abby has been working with clients developing social media marketing techniques and improving their websites or small businesses through social media.