Although manufacturing in the United States has been declining for many years, a revival in U.S. manufacturing could actually be the key to ensuring economic growth. In the final quarter of 2014, President Obama announced several important measures designed to boost manufacturing in the United States and therefore continue the country's economic recovery. Between 1998 and 2010, the United States lost more than six million manufacturing jobs. Many of these jobs went overseas to countries with lower labor costs, notably China, while others were replaced by advances in factory automation. These lost manufacturing jobs were largely replaced by jobs in the service industry. However, since 2010, the trend has been going in the other direction. In the last five years, the number of factory jobs has recovered by nearly 7%, although the total number of manufacturing jobs is still much lower at 12.2 million than the 17.5 million factory jobs boasted by the United States in 1998. Manufacturing jobs are good for the U.S. economy because they pay more than $5 an hour better, on average, than service jobs. Workers who receive good wages have more money to spend on consumer goods and services, which in turn drives growth in many different sectors of the economy. Manufacturing also directly drives the growth of related industries, by creating demand for raw materials, as well as for services such as equipment maintenance and transportation. According to the chief economist at the National Association of Manufacturers, Chad Moutray, every dollar of sales made by manufacturers drives $1.37 of output elsewhere in the economy. In comparison, each dollar of retail sales only leads to a measly 64 cents of extra output. Finally, a manufacturing revival could significantly reduce the nation's dependence on imported goods. Since 1976, the United States has imported more goods than it has exported. Although exports of manufactured goods grew in 2014, the growth was dwarfed by the continuing increase in imported goods. Closing this trade deficit could have huge benefits for the U.S. economy, as it would mean more money in the pockets of U.S. companies and fewer dollars going to producers overseas. President Obama is keen for the United States to reap the benefits of manufacturing growth. That's why, in late 2014, the White House announced a plan to drive forward a revival in U.S. manufacturing. The government is taking a three-pronged approach to this goal, investing $300 in new technologies, $150 million to help manufacturers adopt those technologies, and $100 million in apprenticeship programs to help develop the skilled workforce that the modern manufacturing industry needs. Will these measures be enough to revitalize U.S. manufacturing and boost the national economy? Perhaps not in isolation, but there are other factors that could give manufacturing a boost. For example, cheap gas from fracking is cutting costs for factory owners across the nation. This combination of positive factors means that the future for the U.S. manufacturing industry looks very bright indeed, which can only be good news for the overall economy. 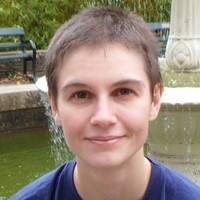 Hannah is a professional content writer from the United Kingdom. Since 2011, she has been helping businesses market themselves online by producing high-quality, engaging, and informative content. With a Bachelor's degree in Natural Sciences and a Master's in Physics, Hannah specializes in writing about health, science and technology topics. Contact her for high quality content.

Sudden Drop In Traffic? It Might Be Google's Algorithmic Penalty

**Hit by a sudden lost of traffic? Feeling confused and anxious? Your content or brand could have... Read More

How to Optimize Your Site for Voice Search

**The portion of overall search traffic that comes from mobile platforms is on the rise and voice... Read More

**Content quality should be a top priority when it comes to content creation. Learn about charact... Read More

Do You Still Need Life Insurance If You Have No Children?

According to the industry trade group LIMRA, about 35 million U.S. households do not have life in... Read More

Is Alcohol Safe for Diabetics?

Receiving a diagnosis of diabetes can be tough. You may be worried that your life will change dra... Read More