If you sit down to watch the new season of The Food Network Star this summer, you may just see a familiar face. Michelle Karam, Santa Barbara's own "Mediterranean Mama," steps into the spotlight on the 11th season of the reality series for a once-in-a-lifetime opportunity to vie for the top prize: her own cooking show on The Food Network. To earn that honor, contestants have to compete in a series of surprising challenges to prove their mettle. "All I can say is: it's unexpected. They throw you that giant Food Network curveball," says Karam. And it's not just cooking skills that judges Giada De Laurentiis and Bobby Flay put to the test—the competitors also have to be charismatic and cool under pressure, a feat that should prove no problem for Karam, a vibrant, busy mother of three who also produces two programs for Santa Barbara News-Press, as well as doing catering and running her website The Mediterranean Mama. For her, the hardest part of the competition may have been the several-month-long separation from her family. To maintain confidentiality during filming, she had to live in Los Angeles, away from the family that serves as a key source of inspiration for her. Karam's ethnically mixed family—she is Armenian, whereas her husband hails from Venezuela—makes for a unique culinary combination. While she does draw inspiration from the bold Latin flavors of her husband's national cuisine, she grew up eating ethnic Armenian food. "In school, all the other kids would be eating PB&J on white bread, while I would pull out Armenian string cheese with pickled vegetables on pita," she explains. And although she still loves to eat and make ethic food, it can be tough nowadays to find time for a full-blown cooking extravaganza between all of her professional and domestic responsibilities. Like any working mom, Karam has to find ways of making the most out of the pantry to create healthy, flavorful meals to share with her family and hopefully, the world. For her, it's not the stardom that is most gratifying but the feeling of helping others. "When someone emails you to say thank you for the recipe, that's the best part for me—it's a personal victory." You can tune in to the Season 11 premiere of The Food Network Star on Sunday, June 7 at 9 p.m. to watch the Mediterranean Mama and 11 other hopefuls create a 30-second introductory video and prepare their signature dish for a food festival to be held the next day. At the festival, their work will be evaluated by a judging panel that includes Giada and Bobby, as well as guests Susie Fogelson and Bob Tuschman (both Food Network executives) and People Magazine's deputy editor, J.D. Heyman. This season will also include Food Network personalities Rachael Ray, Sunny Anderson, Richard Blais, Anne Burrell, Melissa d'Arabian, Bobby Deen, Duff Goldman, Alex Guarnaschelli, Katie Lee, Jeff Mauro, Damaris Phillips, Geoffrey Zakarian and comedian David Alan Grier on upcoming episodes involving a dazzling Fourth of July themed celebration, an intense food truck/social media challenge and a do-or-die live television demo, all airing this summer. In the meantime, you can see what Karam's up to on her website, as well as on Facebook and Twitter. —Ali Van Houten 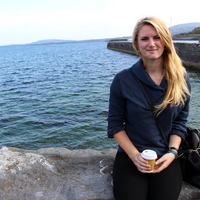 **Wine and Dine Your Way Through New Zealand** **By A. Van Houten** An extreme sports mecca, Ne... Read More