Lessons From the Lawn

For a single woman, yards are a strange thing. You don't know whether to buy a lawn mower or hire someone to mow it. I did the latter, over many years.

There was one exception. In my early 30s I lived in a quaint cottage on an acre of land in the country near my father, who had a tractor. He lived around the corner on an old country lane, now fully developed. But at the time, it was with sweet relief, having just returned from city life, that I drove his borrowed tractor down the lane in the late afternoon, mowed my acre, and then drove it back in the evening twilight, gazing up at the stars as they came out.

Soon the cherished routine became impossible with traffic in the developing area. I needed someone to do my yardwork.

Vardman was a devoted young Christian boy. He sang hymns at the top of his lungs as he mowed. "Blessed Assurance, Jesus is Mine" rang out over the weeds across the flatland of Louisiana. His work was a joy, and he was faithful. But Vardman grew up. After his graduation from high school, which I attended, and his departure to college, I was without. What was I to do?

My new neighbors across the way had two men working in their yard one day, and they were doing beautiful work. With my neighbor's permission, I asked the men if they would be interested in looking at my yard for more work. They gave me a price and began the next week.

These were not ordinary landscapers, if there is such a thing. They were Chek from Mali, who was pursuing his master's in agricultural engineering at the local university, and Andiab, who had a master's in entomology. He was from Eritrea and had fled an uprising there. So here I was with these exquisitely trained men who brought not only expertise but a deep love of working the land. We became good friends.

There was a peace about the work they did. The perfection was visible everywhere, with every border in place, the grass cut just so, the unnecessary brush cleared out.

The rhythm in their work, the rhythm of their work – it was poetry to watch.

My plans evolved. I decided to move away from my little cottage to the mountains of North Carolina, a long-held dream. I said goodbye to Chek and Andiab.

I found myself in another lovely and small white house with a beautiful but abandoned yard and garden. Where to turn?

Out of the blue came a strange mountain man with a peculiar way, a tall stride, and full beard. He looked like Paul Bunyan. He gave me a wonderful price and began what has become an exercise in grace, gratitude, and humility.

Over the few years I have lived here, he has slowly, patiently, lovingly, and assiduously redeemed a long-neglected showplace into a quiet, shimmering beauty. People stop him in my yard on their walks, asking him if he will do the same for them.

Quiet, humble, devout, he uses only natural products on the lawn and flower beds, saying, "The earth is the Lord's, and the fullness thereof." After the growing season ends, he collects his final paycheck and disappears into the mountains, where he spends the winter alone on ancestral land.

What have I learned from my yardmen? A boy taught me hymns I'd never known, and something more about devotion; two young men from Africa showed me the beauty of power and grace. And now, a quiet man is teaching me patience, simplicity, and how – line upon line – sublimity returns. 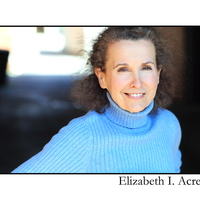 I have been a published freelance writer for over 10 years. I have successfully written business articles, SEO, content, an array of human interest articles, travel pieces, essays and product descriptions. My work has been published in The Christian Science Monitor, The Hollywood Reporter, The Asheville Citizen Times and numerous regional publications and websites. My published topics range from travel to food to literature to film to business and many topics in between. I particularly enjoy writing product descriptions and travel/tourism pieces.

A New Star on the London Horizon

Known as The Land of Enchantment, New Mexico is home to some of the most beautiful scenery in the... Read More