Legal Duty and Why it Matters

Legal Duty and Why it Matters

This article will explore the basic concept and role of legal duty. "Duty" is a term of art within the law. Its use is pervasive and it provides a floor or minimum level of legally acceptable behavior within a given set of circumstances. It is a method of imposing a legal obligation upon a person to behave in some manner.

Injury occurs on a regular basis through accident, neglect, and even through intent. Not all injury is compensable under the law. It is only when a legal duty arises and has been breached that a person is entitled to legal reparations for that injury. Duty provides the very basic threshold of inquiry into the question of liability. Thus, the question of when a legal duty is owed has occupied courts for some time.

The seminal U.S. case on the matter is Palsgraf v. Long Island Railroad Co. [1] The facts of the case are instructive on the question of duty. A passenger, hurrying to catch a train, was carrying a plain paper package which contained fireworks. The contents of the package were unknown to all but the passenger and there was nothing about the packaging that would have alerted a person as to its contents.

A train employee reached down to pull the passenger up and onto the moving train at the same time that another train employee pushed the passenger onto the train from the platform. The package fell from the passenger's hands and exploded when it hit the rails. The shock from the explosion knocked scales down at the other end of the platform. The scaled injured Mrs. Helen Palsgraf. Mrs. Palsgraf sued the railroad, claiming her injury resulted from the negligent acts of the railroad employees. There was no question but that the actions of the train employees were against regulation. It was prohibited to help a passenger onto a moving train. The question was whether the railroad could be held legally responsible for Mrs. Palsgraf's injuries.

In discussing the question of whether a duty arose sufficient to find liability, Judge Cardozo focused on the issue of foreseeability, stating that given the manner in which the package was wrapped, it was impossible for the guards to have known that it was dangerous. Nor could the guards have known that the package would have caused an explosion. There was a lack of any type of notice given them regarding the package's contents.

Without a perception that a person's actions can harm someone, there can be no duty towards that person, and therefore no negligence under which to impose liability.[2] Thus, it was not foreseeable that the guards' actions would have or could have caused harm to Mrs. Palsgraf. The railroad was not legally liable for her injuries.

This concept of foreseeability can be seen as a mechanism for limiting liability for actions. Without it, liability could be unlimited in scope and the most attenuated of persons could be held liable for actions far beyond their ken. Fairness dictates that a reasonable limitation be in place to prevent such an outcome.

Foreseeability can also be seen as a method of assigning acceptable risk. The reason we consider some actions to be negligent at law is because they create risks of injury. If it is reasonably foreseeable that a person may be injured by an action a person may take, generally speaking, a duty of reasonable care toward that person arises. If it is not reasonably foreseeable that an injury to that person may arise, no legal duty arises.

Since Palsgraf, the question of duty has been both expanded and limited by further case law in the United States. Legal duty provides the underpinning for most tort causes of action in the United States for everything from simple negligence to breach of fiduciary duties and obligations, giving rise to a host of compensable injuries at law. In determining those cases in which a legal duty arises, we as a society speak to those values we hold to be important.

In fact, a society's norms and values may be best understood by the duties and obligations it imposes upon its populace. Little or no duty exists between strangers. As soon as relationship, or privity, is formed, duty is heightened. The closer the relationship and the more intense the bond of trust within that relationship, the higher the legal duty owed. The average person may have no duty to save a stranger on a street. However, a husband and wife have a much higher duty of care toward each other. Society has decreed that relationship, trust and duty and foreseeability are intimately linked. We are our brothers' keepers, sometimes. 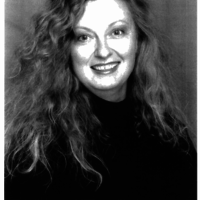 I am a licensed attorney in the California and am a member of the California Bar. I am also a licensed Marriage and Family Therapist in the state of California. I specialize in research and writing in both these fields. I hold advanced degrees in law, counseling, and music. I sing and teach classical voice in the bay area. I have sung regional opera and with a number of professional organizations in the San Francisco area. Finally, I am a published poet.