Learning To Live With Emotions

Emotions exist for reasons bigger than causing you to say "I love you" at inappropriate times, or sending angry emails, or storming out of rooms. Their purpose is simple and powerful: to help you navigate life.

Without emotions, we wouldn't just live in a world without love songs and slow claps. We'd be lost, or worst case scenario, dead.

That's because emotions are essentially calls-to-action. They spring up to tell yourbody to "DO SOMETHING!" when something—like running as fast as you can—needs to be done.

Though some of these physiological reactions might seem a bit too much for the challenges of an ordinary day, you can be glad for them on extraordinary days if you have to escape the clutches of a serial killer or save someone from drowning. And they were absolutely essential for survival in prehistoric times.

Back then, having the limbic system as a brain (aka an "emotional brain") meant that every emotion was a command. Acting on impulse was appropriate for the harsh conditions our prehistoric ancestors lived in, but since then, we developed a neocortex (aka a "thinking brain"). The neocortex enables us to feel more and more complicated emotions—the most sophisticated example of that being our ability to have feelings about our feelings—and think before we act.

But if we have become so emotionally sophisticated, why do we still behave occasionally like cavemen, particularly in traffic? Because, in a way, we still are.

And that's where things get tricky. Sometimes, our emotional brain helps save our lives. Other times, it misreads situations, causing us to freak out and behave in inappropriate ways. That's when we'll snap at our partner or flee the stage mid-presentation. Later, we wonder, "What was I thinking?" when the truth is...we weren't.

You can think of your emotional brain as a loyal friend who sometimes blows things out of proportion, embarrassing you and making you feel uncomfortable.

Just like you would with your friend, you have to learn to live with your occasionally paranoid, slightly outdated emotional brain. But don't worry, it's your thinking brain that's in charge 99% of the time, and it's wired for emotional intelligence. 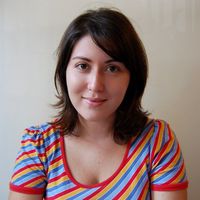 I write clear, useful, and inspired content for your audience.