Both the Keto and the paleo diet share their low-carb DNA, but have been developed for vastly different purposes. Thanks to Robert Atkins, low-carb diets are incredibly popular, but two of these diets have been unfairly lumped together. The ketogenic and Paleolithic diets focus on some of the same basic principles, but differ greatly in outcome. The difference:

What it Means to be Ketogenic

It is important to note that historically the ketogenic diet is a tool for disease management, not weight loss. It is a common dietary intervention for conditions such as epilepsy, for example. The goal is to force the body into a state of ketosis— the process of the body burning stored fat. On this plan, you achieve ketosis through fasting, the reduction of carbohydrates and the increase of dietary fat. A 2004 study published in Experimental & Clinical Cardiology found that long-term adherence to a ketogenic diet may: - Reduce body mass - Lower blood LCD and glucose - Increase the level of HDL or "good" cholesterol The incredible piece here is that this diet actually seems to treat epilepsy very well, but there is a catch; it's incredibly difficult to tolerate. According to WebMd, the diet prescribes that dieters to consume three calories of fat for every calorie of protein or carbohydrate. That's a lot of fat. WebMd explains:

"A meal might include a small portion of chicken, a little bit of fruit, and a lot of fat, typically butter or cream. Frankly, it's a difficult diet to swallow.

What is the Paleolithic Diet?

The Paleo plan focuses more on eating meat under the assumption that early cave dwellers had limited access to grain and greens, and thus were "made" to eat a diet primarily composed of protein. Practitioners of this plan focus on getting energy from animal products that are high in protein and low in carbohydrates. Dieters also avoid processed foods like: - Refined sugar - Table salt - Dairy Modern man faces many chronic diseases that didn't plague them in prehistoric days, so hypothetically, eating the same way should improve your health. Time magazine reports that most nutritional experts think it's a gross oversimplification:

Any diet that restricts certain food groups and emphasizes others isn't balanced, these experts say, and there isn't strong science to prove that Paleo-eaters live longer, or are healthier than those who don't follow the diet.

Differences Between the Two Plans

The ketogenic diet focuses on manipulating the three macronutrients, which are fat, carbs and protein for those keeping score. The Paleo diet is more about the food choices. You eliminate dairy, grains and processed foods, but balance the macronutrients any way you want.

The Good News and the Bad News Story

The problem with both of these approaches to weight loss is sustainability. They similarly promote an almost carbohydrate-free-diet. The truth is your body needs carbohydrates to survive, as they provide glucose that balances the blood sugar and increases energy levels. Both the ketogenic and Paleo diets will promote weight loss, but keeping it off is a different story. Once you start eating carbs again, you run the risk of weight gain. The better dietary solution is a balanced meal plan that includes healthy foods and smaller portions. Photo Credit: Wikimedia Commons 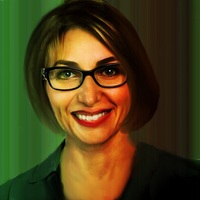 Darla is a full-time​ freelance writer, editor, and content strategist, and award-winning author. Over the last decade, she has ghostwritten memoirs for a successful entrepreneur and created byline pieces for USAToday, Jillian Michaels, USARiseUP, New York Times -- About.com, Multibrief, MedCity News, LiveStrong, and AOL. Darla is known for her ability to take complex topics and make them clear to anyone.

Which Kids' Sports Have the Highest Concussion Risk?

**Playing a contact sports will always run the risk of getting a concussion, but that doesn&#39;t... Read More

Is Crowdfunding Taking Over the Real Estate Market?

Has real estate investing become a collaborative effort? In a word – yes; crowdfunding is the new... Read More

South Delhi is the administrative district of Delhi, India, commissioned in 1997 and bordered by ... Read More