With Universal Pictures' hotly anticipated sequel Jurassic World scheduled to hit theaters this summer, moviegoers the world over are anxious to see how far the dinosaurs may have come since the franchise's first 3 instalments. It's hard to believe that more than 20 years have passed since Steven Spielberg first revealed his jaw-dropping dinos done up in the revolutionary (for the time) special effects of Softimage 3D. The thrilling Jurassic World trailer seems to promise the best special effects yet, with mega-hybrid Indominus Rex featured as the film's star dinosaur. Yet the terrifying monster born from these special effects isn't nearly as unsettling as what a paleontologist consultant on the films is revealing about the real science behind Jurassic World's dinosaur engineering. Dr. Jack Horner, who advised on all four Jurassic movies, has said that growing a hybrid species like I-Rex is actually possible in real life. Speaking in a BBC interview, Horner said: "We don't have dinosaur DNA, but we can make transgenic animals. The cool thing about making a hybrid is that we can take a whole bunch of genes from other kinds of animals and mix them together to make a new animal, which is actually more plausible than the original [idea of] bringing [dinosaurs] back." While the original Jurassic Park films play with the concept of using preserved dinosaur DNA to grow clones of the long extinct species in today's world, Jurassic World centers around Indominus Rex, a 40-foot hybrid monster grown out of a milkshake of carnivorous dino-DNA, using the science described by Horner. The new film's star monster promises to be a terrifying mixture of some of the most vicious dinosaurs that ever graced the earth, including Carnotaurus, Rugops, Gigantosaurus and the cannibalistic Majungasaurus – all nasty sounding creatures. According to Horner, the technique used to mix all of them together to create a similar dinosaur to Indominus Rex could really happen, through something called transgenic science.Horner is so enthralled with this science of animal gene-swapping that he said in a 2011 TED Talk he's already started cooking up his own animal creation, using genetic reverse-engineering on a chicken. Horner says he is hoping to thus create a smaller species of dinosaur that he would call a "chickenosaurus," to which one's got to think: can any good really come of this experiment, and has Horner learned nothing from some of the fictional material he's been advising on for the last 20 years or so? While the chaos that played out in the film is fictional, it stands to reason that when you mess with mother nature, something really ugly just might happen. In the same way that the theoretical practice of cloning dinosaurs in Jurassic Park required the use of a frog to fill in genome gaps, leading to aberrations in the end product, one can only imagine what sort of freakish product could result from true-life transgenics science with possible gaps of its own. Remember what happened when Adrien Brody and Sarah Polley grew that transgenic monster in 2009's Splice? Fiction again, but a believable result of toying with life creation. Hearing Horner discuss this dodgy-sounding science, one is immediately reminded of one of Jeff Goldblum's famous lines from the first Jurassic Park movie: "Your scientists were so preoccupied with whether or not they could that they didn't stop to think if they should." Jurassic World hits theatres June 12, 2015. 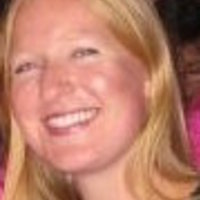 Some Hollywood directors must kind of wish they could be Uwe Boll. While the German-born director... Read More