JOHN MARSHALL - One of the Founders of Pike County, Georgia

John Marshall was born March 15, 1785. It is not known for sure who his parents were, but there are several clues to their identity that bear looking at more closely. No one today can say for sure this information is wrong, we may never know for sure who they were. A strong case, however, can be made for Sarah Marshall, who married John Burt, as his mother. His father, however, is sure conjecture, but a strong case for the oldest son of David Marshall can be made. In 1784-1787, the first Census for the State of North Carolina was taken. Stephen Marshall, David's third son, was left as Executor of David's Will, with David's brother Samuel, Jr. His oldest, son William, who should have been Executor, was in essence written out of David's Will. William received one dollar, leaving one to wonder why was David so upset with his oldest son. In November of 1784, David wrote and signed his Will before his son, Stephen, his brother, Samuel, Jr. and two of David's closest and most trusted friends. After David Marshall passed away that first Census for the State of North Carolina was taken in 1785, in their particular region of the State. In the household of Stephen Marshall there is listed two males less than sixteen and no males greater than sixty, and there were also listed four females living in the same home. Our first Census' do not give a lot of useful information, other than who the head of household were. Women were not even listed by their ages, just that they were females. It is my belief, one of those women was Sarah Marshall. Stephen was himself still a minor, and since his mother had supposedly already passed away someone had to stay with him until he became eighteen. He would have needed help with the overseeing of the plantation his father had left him. Sarah Marshall was probably the one chosen to come stay with Stephen. She had a child of her own. He father, John Marshall, never disinherited her but in those days an unwed mother would have been looked upon with disdain. In 1786, John Burt married Sarah Marshall. She and her child then move into the home of John Burt. After a couple years, John's father, Joseph Burt passes away, but not before leaving a Will. In his Will, dated 1788, Joseph, leaves John as Executor of his Will. He is also left one negro named Dillie, but with this bequest there is language which suggests to the reader, there is a child belonging to Sarah Marshall that does not belong to her husband, John. Joseph writes, "I leave to my son John, one negroe, Dillie, to him and the heirs of his body, forever." When the Census is taken again in 1790, Stephen Marshall is in his household alone, but John Burt who had gotten married in 1786 now has a wife and male child in his household. John and Sarah have, to this point, no children. When they do later in 1790 begin to have children their first born child is a girl, who they name Rebecca. Fast forward to the year of 1810. John and Rebecca are now grown and ready to begin a family of their own. These two young people decide to marry each other. In February of 1810 they get married and seven months later their first child is born. He dies during child birth. So, they wait another two years and have another child, Pendleton Jones Marshall, who was born January 7, 1812. Six months after Pendleton's birth Rebecca passes away. Leaving John with a small infant to care for. When the War of 1812 broke out John volunteered for service taking his infant son to stay with his grandparents John Burt and Sarah Marshall. After the War was over John returned home and again married in 1815. This time he married Elizabeth Wright. As time passed and the family began to grow, John got wonder lust and when John Burt and Sarah Marshall packed up and moved to Washington's Ferry in Autauga County, Alabama, John moved his family as well. John settled his family in Pike County, Georgia in 1822. He was one of the first settlers in the area of Pike County and he would be happy indeed;there are many of his descendants in and around the area today. 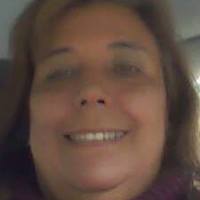 I have been an accountant for almost thirty years and I am looking for a change of profession. I have found I like to write. I am in the process of writing a novel, and am looking for something to do while I publish my book that is not number related. I would be interested in writing about accounting, finance, and marketing but my real passion at this time is putting words on the page for everyone to enjoy.