James Ellsworth is Proof that the WWE is Changing Once Again

ELLSWORTH! ELLSWORTH! It was a surreal moment on Tuesday, October 28th, 2016. The crowd inside the Pepsi Center in Denver, CO, was raucous, despite reports that half the seats in the arena were empty. The reason for the fevered atmosphere was a 31 year old man with a decidedly non-traditional wrestler's physique and little to no chin, who stood across the squared circle from the reigning WWE Champion. This man, who made his first appearance on WWE television in July, has been little more than a comedy act thus far - a throwaway competitor brought in by the WWE to look like a fool next to their super-athletic stars. Against all odds, however, James Ellsworth has become a superstar in the eyes of the WWE fanbase, and on Tuesday night he found himself in a situation no one would have believed a mere month ago: in a match for the prestigious WWE title. Ellsworth was just one in a long line of "enhancement talent" - local wrestlers brought in by the WWE for brief squash matches to make their superstars look like monsters. Most of these local competitors are never seen again, but Ellsworth's unique look and comedic flailing inside the ring made him memorable in the eyes of the fanbase, and he instantly became an internet sensation. The WWE, often criticized for not paying enough attention to the fans, took notice, and brought him back after he was destroyed by Braun Strowman. Over the next several months, the WWE turned him into a recurring comedy act on Smackdown Live, and the legend of Ellsworth grew. Fans of Smackdown, myself included, began clamoring for the company to sign him, to give him an entrance theme, and to produce merchandise for him. To that end, Ellsworth - a pasty little man with almost no physique - became a megastar. Now, following in the footsteps of past comedy acts like Mikey Whipwreck in ECW and Gillberg in WWE, Ellsworth has found himself in the main event of Smackdown Live, facing arguably the greatest wrestler of the modern age in AJ Styles. This is just the latest indication that the WWE is evolving. In the past, Vince Mcmahon has found ways to adapt to the changing times and innovate his product in order to keep up with the demands of fans. In the early nineties, he pushed Bret Hart and Shawn Michaels to the top, changing the landscape of pro wrestling, which until that point had been dominated by the flamboyant, muscle-bound mastodons of the 1980's Golden Age. In the late nineties, with rival promotion WCW on the rise and the crowds demanding grittier, more realistic storylines, Mcmahon placed Stone Cold Steve Austin and The Rock in the spotlight, ushering in the Attitude Era. In 2008, under pressure from advertisers and desiring a more family-friendly program, Mcmahon again shuffled the deck, introducing the PG Era and pushing the heroic John Cena into the stratosphere of superstardom. Now the landscape is changing once again. With the advent of the Reality Era, WWE has reaped the benefits of signing established indie stars like Seth Rollins, Kevin Owens, and AJ Styles. With the brand split earlier this year pitting Monday's Raw against Tuesday's Smackdown Live, the WWE is once again listening to the fans, and the winds of change are blowing as a result. Now we have the strange duck of James Ellsworth, who touts that "any man with two hands has a fighting chance", positioned as a main event (if utterly ridiculous) star. It's a development that few saw coming, but many are excited for. It shows that the WWE can still place emphasis on pure spectacle, and are willing acquiesce to demand. With the official James Ellsworth T-shirt currently sold out, it looks like the sky's the limit for this new creative direction. No one outside of WWE Creative knows just how far a Cinderella (or Chinderella) story like this will go, but it's been a long time since Vince Mcmahan has been able to truly surprise us, and that's part of the fun. 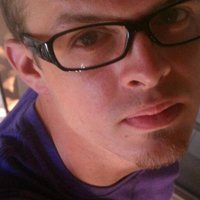 Aircraft fueler and moonlight novelist. I pride myself on my ability to work fast and error-free. I have a gift for expressing myself in writing, and love to edit on the fly. I can meet any deadline, no matter how ridiculous.