Area residents have been seeing more people walking around looking at their smartphones recently.

There's a good chance these phone users are not texting or checking Facebook, but catching Pokémon, the fictional creatures from a long-running Nintendo game and cartoon series that debuted in the United States in 1998.

The mobile game Pokémon Go was released July 6, and after just two days it had been installed on more Android devices than the popular mobile-dating app Tinder, according to Internet analysis company Similarweb.

Pokémon Go is an augmented reality game that uses a smartphone's GPS feature to let players control an avatar on a map by walking in real life. Players have to walk to different areas on the map to find and collect virtual characters and items.

Because of the long lifespan of the Pokemon franchise, the user base spans from young children to millenials with childhood nostalgia.

"This is fantastic, because you can actually go out there and catch the Pokemon," said Amanda Avelar, 25, of Washington.

"I've been catching them all throughout Jollick Manor," she said. "It gives me and my son something to do together."

Michael Kelley, 30, of Hickory, also enjoys the experience of getting outside to play a game.

"It's really fun to explore," Kelley said. "It's interesting to see where stuff is. It's really cool."

Kelley said he's reconnected with several friends from high school through Pokémon Go. Recently, they visited the Washington & Jefferson College campus to play and wound up making new friends who they saw playing the game.

According to Kelley, some Pokémon Go players are also using an app called "Charity Miles" that will donate money to charities based on how many miles they walk. By using the apps together, players can give money to charity while playing the game.

Wendi Rogers, 39, of Washington said her 16-year-old son, Blake, has been playing "every opportunity he can get," even at church.

"It's good to see all these kids out working together," said Rogers. "Typically, the neighborhood kids don't come to church."

However, combining a virtual world with the real world has raised safety concerns.

While Pokémon Go loads with a warning to players about being aware of their surroundings, state police asked citizens to "be cognizant" of any players that might be distracted by the game.

McDonald police Chief Mark Dorsey said that he's already had at least one call of a player trespassing on a resident's lawn at night to catch Pokemon.

"I don't know that it's a widespread problem, but I see the potential for negative issues arising," Dorsey said.

Dorsey urged players to be careful when playing, especially at night.

"I think there's possibly a chance of somebody getting hurt or injured for not paying attention and focusing so much on their phones," Dorsey said. "It's essential they're careful about their surroundings."

"I think it's going to last, especially with the older generation that grew up in the '90s with the original Pokemon," Avelar said. "We've been waiting for something like this all our lives."

Rogers believes that Pokémon Go is a good thing and might be the beginning of many games in the same concept.

"The complaints many parents have is their kids are sitting on their iPods doing nothing," she explained. "But now they're going out and they're making friends." 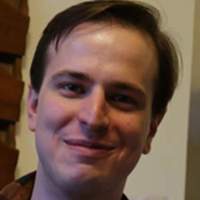 Justin Channell has been writing and editing professionally since 2007. He holds a journalism degree from West Virginia University, where he wrote for the student newspaper, The Daily Athenaeum, for three years. He has been working for the Observer-Reporter newspaper in Washington, Pennsylvania, since 2012, first working as a copy and layout editor and later serving as the digital media editor and writer of online content. In addition, he has written for eHow.com, Prefix, and Cinetic Media’s Filmbuff.com, where he also served as a video editor. He has also produced and directed several feature-length independent films.