The Empire State Building, One World Trade Center, Times Square. When naming New York tourist attractions, it seems they all have one thing in common – they're all in Manhattan.

In and around New York City, Manhattan seems to be the center of the universe. Native outer-borough residents often refer to Manhattan as simply, "the City." But even they will tell you that the "City" isn't all it's cracked up to be – the real Little Italy isn't on Mulberry Street but along Arthur Avenue in the Bronx; Flushing, Queens' Chinatown features experiences and cuisines that are far more authentic than those found on Canal; even Midtown's skyscraper views can't compare to the way you can see it from the shores of Brooklyn, Queens, or Staten Island.

Yet year after year, tourists spend endless hours in line for observation decks and lengthy elevator rides when a better view could be found on the (completely free) Staten Island ferry or the (also free) stunning Williamsburg Waterfront Park.

Museum Mile? Where a hot dog from a cart costs four dollars? Skip it for MoMa's P.S. 1, Fisher-Landau Center for the Arts, or Socrates Sculpture Park -- all free, all in Queens. Grab some $1 dumplings on the way home.

Central Park? Those horse-drawn carriages look nice in pictures, but that's because you can't smell it. Try City Island in the Bronx or Broad Channel in Queens, for public space so quiet you'll be shocked the subway stops there.

Love theater? So does Brooklyn. Even the coffee shops turn into performance venues by night. You can barely throw a fixed-gear bike without hitting a bar that has free comedy in the back.

Next time you visit the city, dust off your MetroCard. The city is more than just Manhattan. 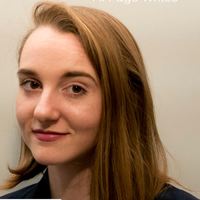 Hi, I'm Abby. I'm a freelance writer for blogs, businesses, and non-profits. I specialize in lifestyle and travel content, and have professional and educational background in health, gourmet food, non-profit development, and entertainment. Check out my work at http://apagewrites.com/clips. In my free time, I write plays, design typographical prints, and produce live comedy shows. I am obsessed with my cat and dream of buying a houseboat.

When I was little, my mom could get rid of me with two simple words: "go play." I used to know wh... Read More