Inside the Mind of Leonardo DaVinci

Leonardo DaVinci was a true Renaissance man capable of moving deftly from the arts to dissecting a corpse in a lab to studying botany in the fields. What was his secret? An IQ of 220 didn't hurt, but it would take a year-long mini-series to fully cover all that went into the mind of DaVinci.

To brieﬂy recap his genius, it seems that his journals revealed a wealth of information on how he achieved his greatness. Leonardo's way of living closely resembles the concept of Design Thinking as we know it today. His journals, over 13,000 pages total, enabled him to fully engage in this process. Through his observation of everyday occurrences, studying nature and recording his stream of conscious thoughts, he was able to tap into his creativity more in-depth and more rapidly than the average person. DaVinci's daily observations also allowed him to resource his sensazione to a heightened degree. Whether it be a quick sketch, a snippet from a conversation or a question he asked himself, DaVinci wrote it down. He did it to such a degree that to him it became intuitive – a daily, on-going constant in his day.

These insights gained from his journal also allowed him to look at problems from a different perspective. DaVinci would force himself to view his works in a mirror or from a distance to gain new insights. DaVinci also knew when it was time to take a break to allow his mind to clear. His ability to retain his child-like qualities even into adult hood added to his genius. His constant questioning of the world around him lead to many of his bold discoveries. And, his ability to enjoy the paradox of creativity thinking helped him produce some of the greatest works in history. As DaVinci himself stated "That painter who has no doubts will achieve little." Here's an awe-inspiring video that delves into the wealth of contributions that Leonardo DaVinci left us. We promise it will leave you speechless:

If you want to read further about the mind of DaVinci or the concept of Design Thinking, check out these two books:

The Art of Innovation by Tom Kelley, founder of Ideo

How to Think Like Leonardo DaVinci, by Michael Gelb 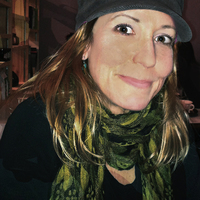 With a career spanning over 25 years as a writer, photographer and designer, I’ve had the opportunity to work with big name brands such as QVC, The Travel Corporation, and The Company Store. My specialties include home décor, travel, fashion, food, branding, design and trends. To date, I’ve written over 100 articles for Savage Universal’s blog on everything from photography to branding, pr and design. I’ve also written content for blogs, brochures, email campaigns, advertisements, print magazines, press releases and press kits as well as corporate biographies. My work was nominated for a 2014 Arts Awards for Brand Marketing. Additionally I received a Course Directors Award for Copywriting during my Masters Degree program in 2011. I studied Advertising Communications at Cabrini College. I also have a MFA in Media Design from Full Sai...

Destination Wedding: Napa Valley – A Spot of Heaven on Earth

Dreaming of a destination wedding but don't want to travel out of the country? With mild weather ... Read More