Spin. CrossFit. TRX. Sometimes it feels as if a new fitness craze materializes every day. With fewer than than half of adults in the U.S. meeting the C.D.C.'s Physical Activity Guidelines, variety in workout options seems like a good way to ignite people's interest.

Unfortunately, though, this theoretical variety doesn't always translate to diverse experiences in real life, as anyone who has experienced déjà vu while holding yet another plank as yet another techno playlist blasts away in the background can attest. Next time you're looking to try something new, skip the fads that remix things you've done before--instead, try one of these six unusual workouts preferred by fitness fans in the far corners of the world.

First things first: it's pronounced cop-ooh-EY-ra, as this martial arts instructor tells eHow. Part fighting style, part dance, capoeira is a traditional Brazilian martial art known for bounding acrobatics and complex kicks and spins. Capoeira is a lot of fun; fittingly, it's referred to as a "jogo" or "game," and participants are called players. It's also a great workout. According to The Guardian, benefits include agility and flexibility enhancement, increased cardiovascular stamina, and improved balance.

There's no special gear required so getting started is easy; all you need is comfortable, loose-fitting clothing. Expect to sweat it all out to some uplifting Brazilian beats. The United Capoeira Association of Los Angeles offers a beginners' series at various locations around L.A.

You've probably already heard of parkour, which has gained a steady following in the U.S. over the past several years (the New York Times covered it as early as 2012), but you may not know that this urban obstacle course program originated in France. Parkour is said to have its roots in French military training, so it's no surprise that this intense workout involves vaulting over barriers and scaling walls.

The official parkour website has a directory of gyms and classes where you can get started. This might be a better option than hitting the streets and trying to figure it out for yourself, since trespassing can be an issue and the moves should be learned under supervision for safety. But don't worry, adrenaline junkies—parkour is thrilling even in a controlled environment.

Thailand's national sport, Muay Thai is a combat sport that will appeal to fans of kickboxing. Unlike other fighting styles, this "art of eight limbs" incorporates use of the elbows, knees, shins and forearms as well as the hands and feet. Benefits include improved hand-eye coordination and muscle tone.

A typical Muay Thai class begins with a warm-up consisting of stretches, strengthening exercises like squats and lunges, and jump rope work or shadowboxing for a cardiovascular boost. Afterward you'll don pads and mitts to practice specific kicks and punches with a partner, and you'll work on your clinch, a gripping maneuver done in close proximity. You can find Muay Thai classes at boxing gyms like the Austin Kickboxing Academy in Texas.

In case you aren't happy with the martial arts options on this list so far, here's another one: aikido, which hails from Japan. Aikido is a defensive martial art that emphasizes harnessing your opponent's energy to subdue him or her without causing injury, which means in addition to its fitness benefits it also has applications as a self-defense class. You might enjoy aikido if you're curious about exercising with a weapon in your hand, since training sometimes involves working with a wooden sword or staff to practice disarming techniques (though you won't learn any armed combat skills).

Aikido purportedly benefits the mind as well as the body, providing vigorous aerobic training augmented with mental relaxation and work in conflict resolution. It's practiced in a dojo; the Aikido Association of America website can help you find one near you.

If you enjoy playing team sports, consider giving bossaball a try. This unusual game, which originated in Spain, combines elements of soccer, volleyball and trampolining. Matches are played between two teams or four or five players on an inflatable court, and the aim is to win points by grounding the ball on your opponent's side of the net. It's a sport you have to see to believe, so here's a useful video primer that breaks down some of the rules.

Since it's played on an inflatable court, bossaball allows you to try some agility-working maneuvers in relative safety, and you may reap similar benefits to the balance improvement, lower body toning, and low-impact cardiovascular work associated with trampolining. Unfortunately, bossaball isn't widely available in the U.S. yet, but you can look into renting a count and hiring some demo players on the official bossaball website.

Traditional Chinese Medicine has long touted the benefits of walking backward, and it's a common health practice in China. Recently, athletes in the U.S. and Europe have been adopting elements of this practice as a cross-training alternative to a standard running session.

If you're a runner dealing with training plateaus or overuse injuries, reverse running may be a good option for you--it engages a different set of muscles from forward running while making similar cardiovascular demands. Furthermore, studies have shown that reverse running requires 30 percent more energy than traditional running, which translates to greater calorie consumption. You can enjoy the many well-cited benefits of reverse running even if you're not already a runner. For safety, try this exercise in an open field or other unobstructed space.

As with all exercise, these workouts vary in effectiveness depending on the abilities and physical condition of the person practicing. And you should always consult your doctor and a licensed trainer before undertaking a sport you've never tried before. As long as you're safe and smart, you can start exploring spiced-up alternatives to your tired old fitness routine right away. 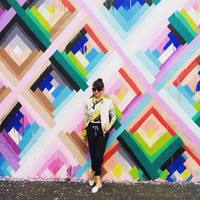 When I was in the tenth grade, my English teacher, overhearing as I grumbled to my friends about ... Read More

A remote urban oasis in a starkly beautiful desert, Albuquerque, NM isn't an obvious choice for a... Read More