"I Am Chris Farley" - Documentary Review

It's really hard to compare any documentary of a late, tremendous talent after watching "Amy", (as well as Brett Morgen's "Montage of Heck") and I'll admit...this didn't give me all the feels that "Amy" or "Montage of Heck" did. Which is odd, considering I absolutely ADORED Chris Farley back in the day....I mean, who didn't? I went into this expecting another emotional biopic, but rather found it to be more of a light-hearted tribute. Nothing wrong with that, but I was hoping for some more.....depth, I suppose. Farley's story was far more complicated than was depicted in this film. Given it was produced by his dead ringer lookalike brother, Kevin Farley, it would seem the point of this documentary is to celebrate Chris' life, not dwell on it. We never really see the dark moments of his downward spiral, which is maybe a good thing... but I didn't feel like I was given the whole picture. Definitely a more celebratory film, sprinkled with fond memory interviews more than anything, but still a pleasure seeing his face on the screen one last time and a nice compilation of all his well-known roles and sketches. I went back and forth between "well, I want to know what happened, why and when..." to "this is actually perfect, this is how I remember him and how I want to remember him." It was touching, and it was sad to realize, as always with these "memoirs", that he was such a rare talent taken way too soon. Not to compare again to "Amy", but where it differs from that is that it focuses on all his positives and steers almost too hard away from the fact that he became so lost. All the interviews with past cast members almost feel forcefully happy, while you can clearly see that the grief is still there. I particularly enjoyed the David Spade interviews...so genuine and you really feel his connection to Farley and his sense of loss. I just felt like it tried too hard to take us somewhere pleasant with Chris by showing us highlights of all the wonderful days of his career, while mostly sweeping over his last, troubled days. I really only felt that gut-wrenching realness at the point that Bob Odenkirk says: "It's just rare that a person has that much joy and brings that much happiness to everyone around them. But with Chris, there's a limit to...how wonderful it is to me. And that limit is when you kill yourself with drugs and alcohol. You know? That's when it stops being so fuckin' magical..." A nicely, well put together film and a fantastic tribute to a hilarious man, just not as in depth as I had anticipated. Through the interviews, where old iconic cast members and friends speak of and mimic him... you hear him just as he was, which is really heartwarming. An enlightening look into his life and perhaps how he should be remembered... as the funny, huge-hearted soul that we all fell in love with. "Chris, he would never want to bring any sadness. What he would want is just everybody to laugh and...don't be sad. Keep the laughter going." It airs on Spike on August 10th, be sure to check it out 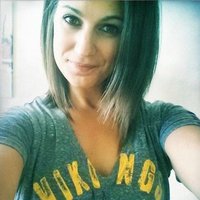 In my ongoing quest to find a truly flawless documentary, I have finally found it. It&#39;s no se... Read More

My never-satiated travel itch all started when I had a bit of a freak out about turning 30. Ah ye... Read More