How to Pitch Yourself to Be a Podcast Guest

If you've been blogging for any length of time, you may have had daydreams about achieving fame, fortune and glory through your blog. At the very least, you've probably been hopeful that you'd reach your target readers and maybe make some money by selling a product or service that you talk about in your blog.

While a blog is an excellent way to spread the word about your chosen topic, there is another medium that literally speaks to 57 million Americans: podcasting.

Over one-fifth of the American population over the age of 11 is listening to podcasts at least occasionally and about a quarter of Americans between the ages of 12 and 54 listens to at least one podcast per month, according to Convince & Convert. Think about how many more people you could reach if you were on a popular, relevant podcast.

Now, you don't necessarily have to drop everything to start your own podcast. You could do that, of course, but it will probably require more work, time, money and energy than you have to expend, particularly if the idea is on a whim.

Instead, why not pitch yourself as a guest to podcasts that already have an audience?

Great idea, right? Before you run out and start firing off emails, however, it's important that you know what you're doing. Popular podcasters receive pitches all the time; after all, who wouldn't want to be on a show if they had the chance to talk about themselves, their blog, or their product?

The idea is to pitch yourself in such a way that the podcaster seriously considers your request and, hopefully, says yes.

Take a look at these tips on boosting the odds in your favor.

Quick, name a popular podcast. Did you say This American Life, TED Radio Hour, The Way I Heard It With Mike Rowe or How I Built This? These are among the top-ranking podcasts, and for good reason. They're general enough to appeal to a wide variety of people, and done well enough to get people to share the episodes with their friends. Sounds perfect?

Stop. Unless you are already achieving extreme success, you are probably not going to have your pitch accepted by one of the biggest and most famous podcasts. Could it happen? Sure. You could also have the Publisher's Clearinghouse people stop by your house to drop off a check the size of a Volkswagen.

Focus on pitching to podcasts that are relevant to your topic.

Kai Davis, owner of Double Your Audience pointed out two advantages to narrowing your focus to smaller podcasts with a more defined niche.

First, you're more likely to get a "yes." If your pitch is one of a dozen, it will be looked at with much more consideration than if it is one of a thousand.

These are the listeners who are much more likely to convert into readers (or, even better, buyers). 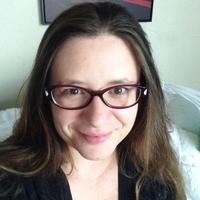 An avid writer, lover of words and cultivator of wit since childhood, Michelle Kulas began writing professionally in 2007 and founded her company, michellekulas.com, in 2010. She's been a member of the Scripted team for several years. When she's not proofreading her punctuation or crafting killer copy, Michelle is often found homeschooling her two children, spending time with her high-school sweetheart husband, hosting foreign exchange students, or simply enjoying life in sunny Southwest Florida. Your content is important to her, so please contact her if you have any questions about your project.

Customer Ratings: 25
Get Started With This Writer View Profile
Power your marketing with great writing. – Start your 30-day free trial today! GET STARTED

Why would you want to deal with someone else's teenager for a year? Most parents don't look forwa... Read More

With approximately 86 percent of Americans using the Internet, chances are excellent that your po... Read More