"I'm such a klutz!" you might say, almost as a reflex, when you stub your toe in the office or spill a drop of coffee on the floor.

Self-deprecation such as this is an attempt to replace mild embarrassment with a touch of levity. A little bit of humor is harmless enough, right?

Most of the time, off-hand comments that make you the butt of your own jokes aren't dangerous. However, when you habitually make statements about yourself like, "I always wait until the last minute," or "I'm never aware of my surroundings," you could be doing psychological damage that's not funny at all.

When you put yourself down just to be cute or comical, you send out a signal that you don't take yourself too seriously. You chuckle, other people laugh, and you figure you've been charming and entertaining for the moment. Yet, because of the complicated nature of your inner workings, you might be creating undesired side effects.

The Subconscious: Powerful But Not Always Discerning

Your subconscious mind isn't great at capturing the subtleties of humor. To your subconscious, a quip such as "I always foul things up" is more than just a string of words.

Your subconscious mind meticulously records all the thoughts and words you use, often without your consent. When the subconscious doesn't get the message that you were just kidding, its automatic recording of your statements can have some nasty effects.

Those snide little asides can also impact your image in the workplace, Forbes reports. Each time you're tempted to say something clever at your own expense, consider that you could be working against the part of you that wants to work toward being professionally prosperous and socially successful.

Your subconscious mind is always listening to you. This powerful portion of your brain records the words you use deeply and profoundly.

Hypnotherapy expert Diane Zimberoff says that the subconscious mind records ideas based on past experiences. These "old conclusions" influence behavior long after you're removed from the source of shocking and traumatic experiences, Zimberoff says.

So, when you tell yourself you're no good at math, guess what happens.

Your unconscious mind takes those words and translates them into a message. Then, the moment your conscious mind loses confidence about making a simple calculation, the unconscious reminds you that you're not good at math — and you set yourself up to fail. Your "joke" about your lack of math skills, as far as your unconscious mind is concerned, becomes a belief.

How to Eliminate the Negative

It takes more than sheer will to stop doing something you've been doing for most of your life, particularly when you get laughs for it. However, once you decide that you want to transform self-deprecating beliefs into positive images about who you really are, Heart-Centered Hypnotherapy and other transpersonal psychotechnologies, such as visioning and guided meditation, can be extremely helpful.

With Heart-Centered Hypnotherapy, you'll be able to get into contact with your subconscious mind and correct any faulty ideas you might have about who you are what you can do. In a state of hypnosis, you will be guided in a process known as regression. This will allow you to float back to memories still present in your subconscious that might be related to your negative opinions about yourself.

Connecting to the Unconscious

Let's say you had an embarrassing accident in your second-grade classroom. Maybe you spilled poster paint on the teacher's desk, or knocked over the star student's science project, smashing it to pieces. Perhaps your classmates, the teacher, or even your parents said something like, "You're such a klutz!" Then maybe people laughed, and you laughed too.

You may not remember the incident, but your subconscious mind surely does!

In fact, this memory might well be at the root of the latest iteration of your self-deprecating comment: "I'm such a klutz!" Now that you're in touch with the subconscious memory, though, you can work with it.

Your hypnotherapist will invite you to process your emotions. Tell that friend, teacher or parent you're not a klutz! After that, you might float back to memories of times when you were elegant and graceful, perhaps while you were dancing or playing your favorite sport.

Once you get in touch with these memories in your unconscious, and really feel the emotions associated with them, you can change those negative beliefs and create positive ones. The next time you're tempted to label yourself as a klutz, you could remember that vision of a more graceful you instead.

Transpersonal psychotechnologies, such as visioning and guided meditation, can help you be more vigilant about what you say to yourself, and assist you as you move toward eliminating self-deprecation from your quasi-comic repertoire.

• In visioning , you imagine your "future self," the version of you that you want to be. By keeping that picture of yourself in mind, you constantly strive toward being that version of yourself, and that person would never be so careless as to indulge in self-deprecation.

• Guided meditation , provided by your transpersonal coach or therapist, is designed to give you the opportunity to connect with your unconscious mind to "tune up" the adjustments you make in hypnotherapy.

You and your practitioner can work on the messages you want to share as you set up communication between your conscious and unconscious minds. Before you know it, you'll find healthy ways to interact that don't involve self-deprecation, and you'll confidently tell yourself good things.

Learn more about how hypnotherapy can help you, and find a provider trained in Heart-Centered Hypnotherapy now! 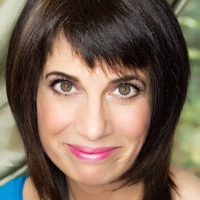 When you need upbeat, intelligent content in virtually any format, I'm your writer! I've been a content provider for a long list of major magazines and websites, blogs, and academic journals, and I've written (and published) three books. My areas of expertise include psychology, life coaching, wellness, yoga, astrology, tarot, spiritual lifestyle, nutrition, parenting, working from home, entrepreneurship, and marketing. You will never be waiting beyond a deadline, and I will always listen keenly to your needs as I craft prose that perfectly fits your purpose. My schedule is flexible.