Every summer, I join my dad's side of the family (all 22 of them) for our annual family reunion. This usually consists of a few days in Upstate New York, but every couple of years we'll venture out of the northeast. This year we decided to return to the high seas with a five-day cruise to Bermuda on Royal Carribean's Explorer of the Seas. This was my fourth cruise and second time in Bermuda, and at this point I feel like I've gotten the cruise routine down. So how does one cruise like a pro? Read on, dear traveler. 1. Pick the right port. The port you depart from is almost as important as the one to which you're sailing. You'll probably end up staying a night or two in that city before or after the cruise, so you'll want to make sure that that place is somewhere you'd like to visit. This all depends on where you're going, of course. Port Canaveral, Miami, and Ft. Lauderdale are pretty common departure points for Carribean cruises, and I, as a 20-something, would personally much rather stay the night in Miami. There are also departure ports around the world, and there may be one within driving distance of your home. I'm lucky enough to live near New York City, a common departure port for cruises to Bermuda and transatlantic voyages. The first time we sailed out of New York, my parents and I drove into the port a few hours before go time and parked at the dock. That's pretty damn convenient if you ask me. 2. You're gonna want a drink package. While you can eat til you burst on a cruise and not pay a cent extra, drinks (aside from tea, coffee, water, and some juices) are unfortunately not included in your fare. And believe me, you're gonna want a drink or five when you're at sea all day. To save cruisers a little bit of a heart attack when they receive their bill, a lot of cruise lines are now offering prepaid drink packages. For a few extra dollars a day, you can drink to your hearts content. Royal Carribean offers a few different levels of drink packages to accommodate everyone's thirst. I went with a package that gave me unlimited beer, wine, and non-alcoholic beverages, and I'd say it was definitely worth it. 3. Get off the boat, dummy! This probably seems like a given, but a lot of folks on my cruise actually never set foot on the island once we arrived in Bermuda. If that's what you want to do, go for it, but I'm a fan of exploring. Definitely look into the excursions your cruise line offers. When you have limited time in a new place, it's nice to have someone guiding your adventures. My family decided on a snorkeling excursion with a local tour company. We cruised around the island on a small boat and stopped near a reef for some snorkeling, kayaking, and paddleboarding. It was a nice, relaxing day out and the weather was fantastic. It also helped that they were serving complimentary Rum Swizzle all day. Since we were in port overnight, we decided to take it easy the next day with a trip to Horseshoe Bay. We laid out, did a little exploring, and took advantage of some excellent photo ops. Cruising definitely isn't for everyone. It's expensive, crowded, and sometimes a little too structured. But I'm a fan of seeing the world on a full stomach, so I'm definitely into it. Now to plan the next journey. 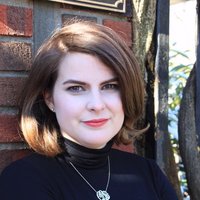 Charlotte Dow is a creative and motivated writer with a passion for story-driven entertainment and a history of creating successful content for the web.

For me, winter is all about curling up with a Netflix or a good book and a nice cup of herbal tea... Read More

STELLA IS 95 And Not Slowing Down Anytime Soon

When I grow up, I want to be Estelle Craig. Estelle "Stella" Craig is 95 and one of the most fasc... Read More