How to Buy (Legal) Weed Without Being a Creep

Despite the apocalyptic warnings of anti-legalization activists and organizations, in the almost three years since Washington voters opted to decriminalize the sale of recreational marijuana, the state has not yet gone to pot. Drug lords haven't taken over and marijuana tourism has not created hours-long waits at the borders of Oregon and Idaho. One thing, however, has changed: The way we buy our weed. Instead of leaving cryptic texts for a friend of a friend, or acquiring a "green card" to access the semi-regulated dispensary system, residents and visitors can now stroll into a store that resembles a very nice post office, speak to a person making a taxable wage, and purchase marijuana and other THC-infused products. The transactions are far from back-alley deals. But even though there's no rule-breaking going on, buyers—especially new ones—can still feel a little tentative. Though there's no rule-breaking going on, some buyers—especially first-time ones—can feel a little awkward. So how do you, as someone who's new to this whole thing, buy legal marijuana politely and without issue? Here are some etiquette rules for the high economy. IDs are required Unlike liquor sales, wherein a clerk or bartender is expected to card only those who look under the age of 35, Washington State requires that all pot shop clients be carded, regardless of how old they look. So, be prepared to present proof that you're over 21 and can legally purchase the goods, says Jennifer Lanzador, sales and marketing manager for Uncle Ike's, a recreational pot shop located in Seattle's Central District. A driver's license or passport will do. And, purely out of politeness, don't make other people wait while you fumble to bust out your license. Approach the shop with your ID in hand. Bring cash Speaking of keeping the line moving, remember that in order to make a purchase, you're going to need cash—and nothing will slow your roll faster than having to duck back out and get it. Most marijuana stores are cash-only, due to a lot of factors, like that the fact that it's really hard to get a credit line for a business that's still technically federally illegal. While many shops do have an ATM in the corner, the most polite thing to do is show up already flush. Look at the menu online . . . Get to know the inventory. Lines can sometimes be very long, since there aren't a ton of places to score weed. Seattle proper only has 10 shops, and many rural areas have just one. That said, don't count on having a ton of time to mull over your purchase. Do some homework before you come in, just to familiarize yourself with what's in store. . . . But you don't need to be an expert The friendly folks behind the counter are happy to offer suggestions. "We are usually the ones asking the first round of questions," says Lanzador. "We like to know what kind of high [customers] are looking for." Sarah, a "budtender" at Uncle Ike's who didn't want to give her last name, agrees that there's no need to stress if you can't make sense of the menu. "It helps to look at the menu online before you come in and to know the difference between an Indica and a Sativa," she explained, "but it's also kind of fun when people come in with no plan." She adds, "We're nice. We'll help you." The facade of Uncle Ike's in Seattle. (PacoScott/flickr) Prepare for the sticker shock Yes, the kindly bearded fellow who used to sell you Ziploc baggies full of stems, seeds, and cat hair did boast lower prices, but that's because his product was inferior and his business was all off the books. Expect to pay a little bit more in the stores due to Washington's tax structure. (Remember, this is a state with no income tax, which means we balance our budget with copious sales tax on things like weed, liquor, and basically everything else.) Plus, many weed purveyors are interested in quality assurance. "All of the pot in our store is grown and packaged within Washington by state-tested, licensed facilities evaluated for cleanliness," explains Lanzador. Even if the price seems steep, there's really no point in mentioning it. The budtenders are well aware and aren't eager to hear about it again—and really, you're buying weed legally. Consider it a sin tax. Tourism is OK, but know the rules Lanzador says that Uncle Ike's has "a lot of tourists," and that they're totally welcome. However, there are some key laws to be familiar with. Most importantly, don't plan to tuck a bud into your carry-on. "Tourists can't take their purchases home with them," notes Lanzador. "Their pot is only legal in the great state of Washington." Oregon recently legalized marijuana, as well, but it's still illegal to transport the joint you buy in Washington over state lines. (Not even to Washington, D.C., which legalized weed in February.) "Also," reminds Lanzador, "people need to know the laws on where they can light up." Where can you burn one down once you've got the goods? Thanks to pretty strict smoking-in-public laws, you're only allowed to smoke in your own residence. Not in a park, not on the sidewalk, and possibly not even in the place you're staying. Technically, some renters aren't even permitted to smoke at home, because they don't own the place. If you're staying in hotel or an Airbnb, your best bet is to just ask your hosts beforehand if it's ok to take a toke. Odds are, they'll probably be pretty ok with it. This is Washington, after all. 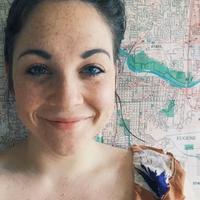 I'm a writer and award-journalist living and working in Seattle. My work has appeared in the Nation, the Atlantic, Salon, and GOOD Magazine. As a freelance copywriter, I've worked with Pepsi, Gatorade, Starbucks, CreativeMornings, and many more top-level brands.

You may think you're out of the germ-laden, sniffling and sneezing woods, but the truth is that F... Read More