How to Be Confident in 3 Simple Steps

How to Be Confident in 3 Simple Steps

Does your level of confidence affect your success? It's common to think that once you're successful, confidence comes easily, but confidence actually comes before success .

Research shows that confidence is one of the most, if not the most important component of success. When you break it down – it makes sense – how can you expect anyone to believe in you or your products, if you don't believe in yourself first? No wonder some of the greatest entrepreneurs in the world attribute their success to confidence.

"Self-trust is the first secret to success." – Emerson

"Self confidence must come from within. Outside reinforcement and strokes can help, but you have to build your own confidence." – Steve Jobs

Keep reading for the inspirational principle that one crazy successful entrepreneur lives by and how to be confident in your own life in 3 simple steps.

We never know for sure what the outcome of our actions will be. When we believe in ourselves and our ideas, unexpected greatness can result from confident steps. Phil Knight, founder of Nike, a company which needs no introduction, shared an inspirational example of this in his book Shoe Dog.

In 1962, Knight boarded a plane to Tokyo with no assets other than his plane ticket and what he called his "crazy idea". This "crazy idea" was to import shoes from the Japanese running shoe company Onitsuka into the American market to create competition for Adidas. When Knight tells the story, he recounts that before meeting with Onitsuka, in his only suit and with essentially no business experience, he told himself "You are capable. You are confident. You can do this".

Knight was so out of his league that when Onitsuka asked what company he worked for, Knight had to make up a company name on the spot, and so Blue Ribbon Sports (rebranded to Nike in 1971) came to life. Onitsuka agreed to sell him samples and to let Knight represent them in the American market. Knight started selling these shoes out of the trunk of his car. From his confidence in taking on the meeting with Onitsuka, the multinational company, Nike, was created.

This level of confidence comes largely from a lack of fear, elimination of doubt, and the ability to look at mistakes as learning experiences.

Are you thinking to yourself "but fear is hard to shake" or "doubt is always going to be there"? Don't worry, in the next section you'll find simple steps on how to gain self confidence and success.

How to be Confident

Step 1: Decide on the what and don't worry about the how.

In his book, "Screw it, Let's Do It", Billionaire Richard Branson, founder of the Virgin Group, which oversees more than 400 companies, says "The best lesson I learned was to just do it". He talks about just choosing the what and going for it without worrying about the how, because the how can always be figured out. He has built an empire on this.

Don't make excuses. When we are faced with something new, we often make huge lists of excuses that stop us from trying. Instead, think about all the times you've doubted something that ended up working out great.

After you've decided on the what, plan out the how, but don't let it make you doubt your goal or keep you from it. It make take some trials and tribulations, but the how can always be created so it should never get in the way of the what.

Step 2: Remove can't from your vocabulary

Can't is fuel for doubt and it really just doesn't make any sense. Can't stops us from trying, and there is no way to know that you can't do something, other than actually trying to do it.

View everything as learnable, because it all is. Since anything can be learned, other than some real physical limitations, there is nothing you can't do!

The first step is the hardest, and if you focus on all the possible road bumps ahead you may never take it.

What if failure wasn't the end? When you think of failure as permanent, it can be easy to become discouraged and believe that there's no moving forward. But, if we are confident in our ability to improve, then failure doesn't have to be the end.

Psychologist Carol Dweck did an eye opening TED talk on the fascinating concept of "not yet". At a high school in Chicago, students were expected, as they usually are, to pass certain courses in order to graduate. But, when students didn't pass the courses, instead of being given the traditional grade of "failed" they were given the grade of "not yet".

Instead of reprimanding yourself for mistakes, learn from them.

Recognize and accept your mistakes, you are not defined by them.

Don't hold onto your mistakes, instead reflect and figure out why they were made. While doing this, keep it real. Don't blow your mistakes out of proportion and don't downplay them.

Apply what you've learned with the intent of avoiding similar future mistakes, but with the understanding that they will always be a part of success.

"The only real mistake is one from which we learn nothing." – Henry Ford

Apply the "not yet" method to your personal grading system.

Celebrate your process. Instead of only celebrating complete success, recognize and celebrate your improvements.

Try implementing a success timeline. Draw out a line that starts with your first step, and ends on your goal. Everytime you succeed in a step to reaching your goal, make...... 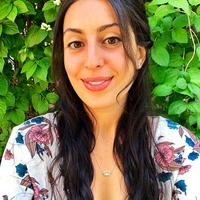 Neda Shamsdiba is a native New Yorker, but as an avid explorer she's frequently visiting and living in new places. As a freelance writer, she specializes in lifestyle, wellness, travel, business, and productivity posts/articles that help readers live their best lives. While lifestyle, wellness, and travel are her favorite topics, her background in environmental science provides the research skills needed for writing on a variety of topics. Passionate about writing and learning, she's always ready to take on new subjects and provide expertly written content.

The Secret To Getting Projects Done

How to Finish What You Start, Every Single Time Do you let the overwhelming stress of big projec... Read More