Major League Baseball (MLB) players are rewarded handsomely for their talents; their pitching arms and batting averages earned them an average salary of $3.8 million in 2014, according to Forbes. While we may think of their lives as luxurious, baseball player salaries are not exempt from tax season. When it comes to figuring out income taxes every year, things are far from simple for these MLB stars. Filing in One State Isn't Enough Many of us file our taxes in one state, while others who travel or change jobs may need to file in two or more states. But when it comes to the traveling lifestyle of the professional athlete, the "jock tax" makes tax work complicated and expensive. The casual fan might be under the impression that a New York Yankee files state taxes only in New York, along with federal taxes, and that's it. However, the jock tax requires players to split their income among all states where they earn it; this includes away games and spring training. Every MLB player will play 81 games, or half of the regular season, away from their home stadium. Keep in mind that for some states, an away game may still be located in-state. For example, the New York Yankees could play away games against the New York Mets, depending on any given season's scheduling. To avoid some of the tax headache, MLB players might spend more time in a state with no income tax. While that doesn't mean choosing where to play away games, it could mean getting drafted into a team whose home base has no state income tax. Texas is one such state, which makes playing for the Houston Astros or the Texas Rangers potentially appealing. Players on these teams get the luxury of 81 home games, as well as the savings of staying in state for a portion of their away games. Other teams that enjoy similar benefits include the Seattle Mariners at Safeco Field, or the Tampa Bay Rays at Tropicana Field. Both teams play 81 games at home in a state with no state income tax. Now that's a home-field advantage. Pricey New York vs. Florida Spring Training New York is one of the priciest areas when it comes to state taxes, yet some of the league's highest paid players choose to live and play at either Yankee Stadium or Citi Field. How Money Walks reports that New York holds the top tax burden in the country (12.8 percent), with a top personal income tax rate of 8.82 percent. However, like the $16.8 billion in adjusted gross income that moved from New York to Florida in the past decade, many of these New York players get a break during spring training to enjoy the beaches of the Sunshine State. In fact, almost half of the league holds spring training in Florida, which is an income tax-free state. For the month and a half or so that spring training takes place, these service days can lead to significant savings. It's a win-win situation: Florida doesn't tax these players on income for their yearly training, and the state experiences an economic boost from having players, coaches, reporters, and fans spending money during the season. Baseball player salaries are one thing we'd all love to have, but be happy you don't have to deal with the tax consequences. Come Opening Day on April 5, however, taxes will probably be the last thing on every player's mind. 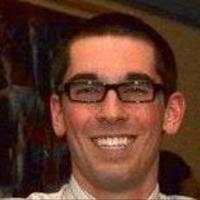 In the past, we have discussed how the jock tax has athletes paying multiple states at numerous r... Read More

Drafts and Taxes: How the 2015 NFL Draft Affects a Player’s Income

The 2015 NFL draft is a huge event for football followers. Free agency and trading isn't as big i... Read More