The Florence Foster Jenkins star discussed the impact of LGBT music teachers in her childhood as well as Hollywood's ongoing glass closet.

Meryl Streep has LGBT teachers to thank for her musical abilities and progressive worldview.

The star of Florence Foster Jenkins recounted how both a gay man and a trans person influenced her at a very early age, informing her how the arts can be a safe haven for LGBT people.

"My piano teacher and his lover lived in a little house in Berkeley Heights, N.J.," she said at a Los Angeles press event for the film at the Four Seasons hotel. "And I would go once a week to have my piano lesson."

Streep went on to describe how, as a young girl, she found their house to be "magical" and "an entry into exotica." She also recalled how her mother, though she never discussed the music teacher's sexuality, impressed acceptance upon her.

"My mother, who was born in 1915, never said — 'the boys,' she called them — she never said 'the boys are gay,' or that there was anything that she disapproved of. But it was just that this is a different life, and … they were living under the cover of the love of the people who loved them."

"They were not acknowledged, and not free to be themselves" publicly, Streep reflected on her former instructor and his partner. But he would not be the only LGBT person in the arts to influence her.

"My music teacher in sixth grade in Basking Ridge, N.J., was named Paul Grossman," she said. "And… the next year he came back, and he was Paula."

"Who really did that then?" Streep remarked. "It was very, very unusual. And he came back to school. He had three kids and stayed married, but he was himself, and he led the chorus."

In Florence Foster Jenkins, Streep brings to life the story of the early 20th-century soprano of the same name, a socialite who was often criticized for her poor singing abilities. Jenkins' accompanist, Cosmé McMoon (Simon Helberg), is portrayed as a closeted man.

When asked by The Advocate if Jenkins would have been accepting of her accompanist had he come out, Streep replied, "Oh, absolutely." Streep had referenced her previous instructors to illustrate how the arts have engendered a culture of acceptance for LGBT people throughout the 20th century, specifically in New York City and neighboring areas.

This culture of acceptance, which Streep centered in "Greenwich Village, which was this place of complete freedom for people … filtered out into the enlightened suburbs. And the people who were disapproving of that lifestyle, as it was called then, would not associate. And the people who didn't give a shit were in that world and loved it. So that's the way I think Florence thought about Cosmé. I think she loved the art world. The art world has always embraced people of every kind and every manner of expression."

"The arts was where people could thrive," Streep added. "I mean, every other part of society, I don't think was friendly. So I don't know. I think Florence is someone who embraced that world so thoroughly; I can't imagine that she would have disapproved of Cosmé or in any way not loved him as much as she did."

When The Advocate asked Streep how to address the "glass closet"in the entertainment industry — a term used to describe those who fear to come out due to losing a career in the arts — Streep asked for the phrase to be defined. "Explain the glass closet derivation," she questioned.

After The Advocate offered an example of an actor with "leading man" potential, like Arrow's Colton Haynes, who might be pressured to stay closeted for the benefit of his career, Streep latched onto the term.

"That's all about worldwide," she explained, referencing how "leading man" can be used in the marketing of an actor or a film. "I think you have to define the quadrant of people that you're referring to. It's particular to whatever category people decide to put themselves in. Oh, I'm this, so I don't approve of that."

"But certainly, look at what has changed in the second half of the 20th century," she concluded. "Did we all think we were going to surf this effortless wave, and that there wasn't some horrible undertow just there, ready to say, Nah nah nah nah nah. Not so easy with everybody."

Florence Foster Jenkins comes out in theaters nationwide next Friday. Watch the trailer below. 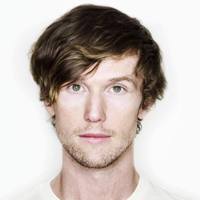 I consider myself a digital native and an early adopter of social media. My professional career started in 2010. I worked as a social media manager for an international process improvement firm. After two years, I joined a small agency (Sitewire) as a content strategist, which helped me sharpen my skills as a digital professional. I have a unique combination of digital marketing experience (developing holistic campaigns for Golf Channel, Kroger, and Aetna) coupled with an intuitive understanding of social media. In my current role, I lead the editorial strategy and creative direction for Pride.com and oversee the social media program for Here Media's entire portfolio of LGBT brands, including Out magazine, Out Traveler, The Advocate, Here TV and Plus magazine.