Although eating a low-fat diet seems like a logical means of losing weight, research shows it does not work. According to Harvard Medical School, a better option is the Mediterranean diet, which has been linked to lower cardiovascular disease and a host of other health benefits. Since obesity is associated with various illnesses, it makes sense that the same manner of eating that leads to greater wellness would also promote weight management.

Harvard bases their assertion on a 2015 study published in the American Journal of Medicine that found the Mediterranean diet was more effective than a low-fat diet for fighting obesity. This eating plan lauded by many members of the medical community is rich in fruits, vegetables, whole grains, beans, nuts, fish and olive oil while low in eggs, meat and dairy products. It is nutrient-dense, as it contains numerous phytochemicals from the plant foods, as well as omega-3 fatty acids from fish and polyunsaturated fat from olive oil.

Why Might the Mediterranean Diet Help Weight Loss? For a diet to be successful for weight loss, it needs to be sustainable over a lifetime. Eating plans that greatly restrict certain food groups will cause feelings of deprivation, a problem that makes long-term adherence challenging. Instead of being restrictive, the Mediterranean diet offers a broad variety of foods than can be prepared in many ways.

The plant-based foods that comprise the centerpiece of the diet are also naturally low in calories. This means portions don't need to be watched carefully. In addition, these low-calorie foods often are eaten in place of more fattening ones. For instance, a piece of fruit serves as a dessert rather than ice cream, or beans function as the main entrée of a meal rather than a steak.

Another critical factor involved in weight management is satiety, the feeling of having had enough to eat. The high-fiber content of whole grains, fruits and vegetables squelches hunger, thus leading to the consumption of lower quantities. Eating plans lacking in this important dietary constituent lead to overeating because more food is required for satiation.

Low-Fat Diets Don't Promote Weight Loss Much of the food on the market labeled as low fat is loaded with refined carbohydrates, sugar and high fructose corn syrup, all of which are linked to obesity, diabetes and heart disease. The Harvard T.H. Chan School of Public Health reports that low-fat diets don't lead to weight loss or the reduced risk of major illnesses. It is apparent that an eating plan that doesn't promote good health also doesn't help weight control.

The takeaway is that weight loss shouldn't be compartmentalized, viewed out of context with total wellness. Optimal weight management comes from eating nutritious food as part of a healthful lifestyle that includes exercise, a philosophy commonly held in countries that border the Mediterranean Sea. 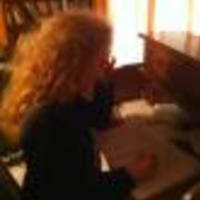 Mary West has nine years of experience meeting the writing needs of a broad spectrum of clients. She loves the written word and respects its power to inspire, motivate and elicit a full range of emotions.

Customer Ratings: 19
Get Started With This Writer View Profile
Power your marketing with great writing. – Start your 30-day free trial today! GET STARTED

Nursing Career Options: 4 Advantages of an RN to BSN Program

Although an RN to BSN Program will require an investment of your time, it can pay off in several ... Read More