Dr. Jon Fielder doesn't look like a hero. If you saw him in a crowd, you probably wouldn't look twice. He's average height, with thick frameless glasses, and faint creases around his eyes—the tell-tale sign of having seen more than his fair share of suffering. But take a look at his hands. These hands have brought life and hope and healing to thousands of people. Dr. Fielder is a medical missionary in Malawi and Kenya.

Back in college, Fielder met a Jewish classmate, Mark Gerson. Jon was the first principled Christian Mark says he had ever met. Neither of them realized at the time that they would one day help to save thousands of lives together. In 2010, Mark Gerson and Dr. Jon Fielder co-founded African Healthcare Mission Foundation.

Mark, and his wife, Rabbi Erica, were motivated by the incredible return on investment they saw at Christian mission hospitals: a case of malaria is treated for $8, an obstetric fistula repaired for $250 or a pediatric orthopedic deformity corrected for $850. Their support has generated a wave of passion for helping these heroic missionary doctors continue to save lives.

The statistics are staggering: in rural areas of Africa, there is one surgeon to every 2.5 million people. Today, more than 56 million people in Africa need surgery. Eighty percent of the women in Africa who need a C-section, can't get one.

Fast forward to today. AMHF supports projects and doctors in 15 countries across Africa. The Christian Broadcasting Network has partnered with Rabbi Erica and Mark Gerson to raise $2 million to support the lifelong work of eight missionary doctors at teaching hospitals across Africa.

In spite of these statistics, or rather because of them, Christian medical missionaries are devoting their lives to saving the overlooked and unnoticed.

One core belief unites everyone involved: every life is worth saving. These doctors and their colleagues have left the comfort and security of lucrative careers in the USA and moved their families to some of the most remote corners of the earth in order to serve the sick and dying.

They serve when no one is looking. They love when nobody thanks them. They are on-call all day, every day. And all night, every night. There is no one else to call.

But tomorrow will be different. Through dedicated teaching, missionary doctors are raising up a new generation of local medical staff. AMHF and CBN support sustainable solutions to the African health crisis. You don't have to go to medical school and move across the world to be a hero. You can be a hero by helping a hero.

Learn how you can save a life today. 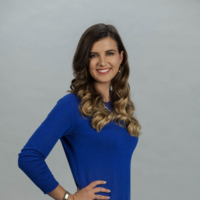 Creative leader with 10+ years of experience in blogging, writing, research, and content development and 3+ years of experience in strategic multi-channel marketing. I have grown and managed social media accounts with 750,000+ fans and a global audience. I am passionate about storytelling and deeply inspired by the power of words to motivate, inspire, and challenge people. I have expertise in food, travel, lifestyle, fashion, entertainment and non-profit fields.

I think social media has put a lot of unnecessary pressure on hosting. The perfect table and dain... Read More

My friend Jenna and I have a lovely tradition: every spring she flies up from Texas to spend a we... Read More

3 Ways to Add Some Parisian Chic to Your Wardrobe

Paris is a wonderful combination of old-world charm and effortless class. Strolling the cobblesto... Read More

Somewhere around the age of two or three, kids learn a word that often becomes one of their favor... Read More