How Important Is Theme?

When asked, "What's Moby Dick about?" you can answer in two ways: 1) it's about an old sea-captain searching for the whale that took his leg years ago; 2) it's about how obsession can destroy you. The first answer refers to the plot of the story while the second comments on its theme. Everyone knows that the plot is important (after all, how many times has someone seen a movie and said, "That film had no plot"), but how important is the theme? Theme is one of those vague concepts that rarely gets discussed outside an English Lit class, and certainly no one running movie studios is ever concerned with it. It's the story's message or moral statement–the underlying identity of what it's trying to tell the world. Rod Serling and Gene Roddenberry were two TV pioneers who specialized in theme, often to the point where their shows became preachy; both The Twilight Zone and Star Trek had episodes that dealt with race relations in a heavy-handed manner, for instance. Regardless of how bluntly the message was given, these shows were able to address issues important to their time and to the human condition, even if they had to wrap them up in science fiction and fantasy. Would those shows have had such a lasting impact on our culture if they had simply been stories with a twist ending or adventures jaunting around the galaxy? Motion pictures that have strong themes are often ones that resound with audiences and have become classics: All the President's Men was a comment on corruption in politics; Network reflected on how the news has become sensationalistic infotainment; the original Planet of the Apes spoke of the nature of humans to destroy one another; Forest Gump told us that one person can greatly affect the lives of many people. All of these movies could have been simply entertaining stories with no depth to them, but without their themes, their plots would have been empty shells. Plot and theme are interrelated. If you focus only on plot, the story can be aimless; if you only want to develop a theme, you could end up with a sermon with no entertainment value. Stephen King has said that if you are a good storyteller, then theme will automatically be a part of your story. While there is merit to that, it is beneficial to give some self-analysis to your story. After you've detailed the plot, think about what it is you're trying to say with that plot. Sometimes themes are self-evident: even Transformers uses the tried and true theme of good vs. evil. No one can accuse Michael Bay of thinking deeper than having giant robots smashing fists into each other. By contrast, look at the films by James Cameron. Terminator 2: Judgement Day posits that the world is what we make, that we have control over our lives and must not be satisfied with accepting what fate has in store for us. Avatar develops ideas of corporate greed, environmentalism, military colonialism, and what it means to be a man. This is deeper stuff than those critics who just pass it off as a sci-fi version of Pocahontas. The question is, do you start off with a theme and try to force it into a plot, or do you outline the plot and then figure out what themes fit into it? The answer lies in you as a writer. Are you an idea person, or are you a storyteller? The danger of doing the former is that you may come up with a stilted story just to satisfy the agenda you are promoting. A story must flow organically, ideally from choices the protagonist makes. While developing that story, it is not a bad idea to know what conclusions you want the audience to draw from the story. What will the end result be? But often, as you grow your story, it becomes apparent what concepts are intertwined with the plot points. If you take a critical look at the first draft of a story, it may surprise you what you're actually saying. During the re-write, you build up those ideas and focus more on theme since your plot is now solid. This will not only make your story stronger, but it will give you greater satisfaction as a writer and your audience will gain more from experiencing your work. 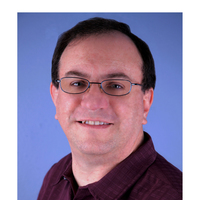 I have an AA in Broadcasting and a BA in Film Production. I have worked in independent film, for production companies and TV stations, have been a teacher, and staffed a comic convention. I have won awards for short films, TV commercials, and screenplays. I self-published anthology of short stories called "Portals of the Mind" and maintained blogs at filmverse.com and stephenjwise.com.