How Does Snapchat Make Money?

Take a look around the office of any major app developer and you would have no doubt that business is booming. Most of them are spacious spaces in up-and-coming hotspots, usually brimming with beanbags, football tables, nap nooks and other office-based luxuries. Ask almost anyone, and they're unlikely to be surprised. Of course the founder of Whatsapp is rich! Of course the developers who came up with Snapchat have money pouring in from every direction! That the creators behind popular free apps are wealthy is a truism that is rarely called into question.

Indeed, the figures seem to back up this belief. Instagram was sold to Facebook for $1 billion (The Street) in 2012. Some analysts are now saying the $19 billion Facebook paid for Whatsapp was a bargain. (Forbes) But, with the basic version of all of these apps available for absolutely nothing, where is all this value coming from? How do we arrive at these astronomical figures, when it seems like very little money is actually being generated? Snap, Inc., the parent company for Snapchat, has been meeting with its investment bankers and the media in anticipation of its initial public offering early in 2017. A valuation of between $20 and $25 billion is expected, according to an article by Maureen Farrell and Corrie Driebusch that was published in The Wall Street Journal on December 9, 2016.

Do social media companies such as Snap, Inc., Facebook and Twitter defy the rules of economics and business logic by giving their products away? No. The basic model to monetize social media companies such as Snap, Inc., Whatsapp, Facebook, and Twitter is to offer a service for free and then sell advertising. This is reminiscent of television before cable and satellite TV. The law of demand states that the quantity demanded is indirectly related to the price of a good. In other words, if a company gives a service away, then it maximizes the quantity demanded. Another truism is that knowledge is valuable. With billions of users, a great deal of knowledge has been accumulated. Social media companies gather knowledge about their customer base for more direct advertising.

Let's deal with the obvious revenue streams first. Snapchat, for example, features sponsored photo filters to amuse its users, while Instagram intersperses its feed with glossy, Instagram-worthy adverts. Facebook, looking more towards content creators to generate income, allows the purchase of extra likes to boost individual posts and pages. These are all visible, conventional ways of bringing in some capital – but are they alone enough to support the backend necessary to keep these apps up and running all year long? In many cases, the answer is no. A closer inspection will show you that apps actually tend to support themselves via other means – either by seeking investment from venture capitalists, or by licencing the data they collect from their user bases for other companies to use in marketing and organisational efforts. Twitter is an example of a company that has found some degree of success in doing this. But venture capitalists demand a return on their investment and would not invest unless they are confident of ensuing revenues. (Read Supply and Demand – Understand the Dynamics of the Stock Market for a more detailed explanation of how the expectation of future profits is what drives a stock's price.)

Indeed, the schemes outlined above – the adverts, the extra likes, the sponsored filters – are not so much revenue streams as experiments in monetization. What makes these companies so valuable is not their ability to generate income (because, in many cases, they don't actually have much ability to generate income) but their potential to do so in the future. Look at Snapchat from the point of view of an investor and you'll see a database of hundreds of thousands of tech-savvy, socially engaged young people; a demographic that you'll quite likely be falling over yourself to get access to, regardless of whether they're paid users or free ones.

So while it might seem obvious to the casual observer that apps like Snapchat stand to make a profit, this is, in many cases, simply not true... yet. But that doesn't mean they're worthless – indeed it's their user base and their potential for monetization that make popular free apps worth investing in. 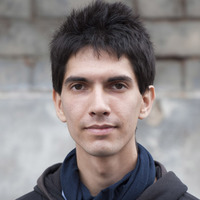 I am an award-winning writer, game designer and publisher. For the past six years I have worked as a freelance writer and editor, providing blog posts, web content, newsletters, eBooks and more for clients in a range of fields, from art and design to economics and marketing. I take a flexible approach, and always strive to find the right voice for any given job. If you have a project that you think I might be right for, don't hesitate to get in touch.

Customer Ratings:
82 reviews
Get Started With This Writer View Profile