How Divorce Works in New York

Dealing with a divorce can be a complex and emotionally draining experience. But finding a reliable source of information on divorce in New York as soon as possible is the best to be prepared. Even though we are not lawyers and cannot give you legal advice, we can guide you through how things may proceed.

To file for divorce in New York you have to check off some boxes with regards to residency.

• If you and your spouse are New York residents and the reason for the divorce happened in New York, you can file for divorce right away. [Consolidated Laws of New York Annotated; Domestic Relations Law, Article 13, Sections 230 - 231 and New York Civil Practice Laws and Rules; Rule 503]

• If you were married in New York it takes one year to qualify for divorce in the state. [Consolidated Laws of New York Annotated; Domestic Relations Law, Article 13, Sections 230 - 231 and New York Civil Practice Laws and Rules; Rule 503]

• If only one of you is a resident, it takes two years to qualify and file for a divorce in New York. [Consolidated Laws of New York Annotated; Domestic Relations Law, Article 13, Sections 230 - 231 and New York Civil Practice Laws and Rules; Rule 503]

Filing for Divorce in New York

When you file for a divorce the process is not as straightforward as it seems. New York divorces come in two varieties, no-fault and general divorces and you must determine which type of divorce fits your situation and be able to prove it in court.

A no-fault divorce is one where neither you nor your spouse has any blame or fault. The criteria for a no fault divorce are:

• You have been living separately for one year under a written, signed, and notarized separation agreement or under what is called a judicial separation decree, and.

• You and your spouse agree that the relationship has been irretrievably broken for at least six months.

· If one person makes a claim that their spouse has abandoned them for at least a year.

· If one person makes a claim that their spouse has committed adultery.

· If your or your spouse has been imprisoned for three years or more in a row, or.

· If one of you makes a claim of cruel or inhuman treatment against the other.

One of the hardest things to deal with in a divorce is the effect it has on children. In the New York legal system awarding joint or sole child custody comes down to what is best for the children and marital wrongdoings won't be considered by the court. Also, during a divorce, the court can decide whether you or your spouse has to provide health insurance or meet other financial responsibilities.

When determining the responsibility of paying support and the amount, the court will consider things like:

· You and your spouse's finances and the financial resources of your children.

· The standard of living in the home during the marriage.

· The emotional and physical health of the children and if they need any sort of special care for the sake of normalcy.

· If one of you earns substantially more than the other.

· You and your spouse's shared income and property.

· You and your spouse's current incomes.

· What you and your spouse may earn in the future.

· What you and your spouse have contributed to the marriage.

If you are going through a divorce then property is likely on your mind. It is important to know that the state of New York is an "equitable distribution" state. This means that all the property you or your spouse gained, while married, is the property of the person who earned it. However, in a divorce, the property will be equitably divided.

To determine what exactly "equitable" means in your case the court considers things like:

· You and your spouse's future economic situations.

· How long you have been married and what each of you have contributed to the household.

· The value of the marital property that each of you have brought into the marriage, and what property you have when filing for divorce.

· The number of income resources between you and your spouse and both of your projected financial circumstances.

· The age & health of both you and your spouse.

Again we can NOT issue legal advice, but we can certainly answer your questions on the process and the paperwork involved in getting a divorce. 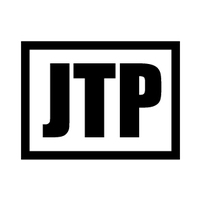 As an experienced writer and publisher I have compiled and aggregated web and print content on several projects on subjects that included technology, furniture design, legal topics, political blogs, and more. While earning my Master’s Degree in publishing and a Bachelor’s Degree in literature I’ve worked as a media Journalist and product researcher for luxury brands. Currently I am working as a freelance writer, media Journalist, and copy editor. During my more than 7 years as a writer, I have written ads, articles, scripts, proposals, web content, SEO copy, and essays. All of this has given me a keen awareness of the written language and experience utilizing and organizing publishing efforts. My skills include a working knowledge of WordPress, Microsoft Windows®, Word Perfect, Microsoft Word, QUARK, Page Maker, Adobe Dreamweaver, Il...

Travel cameras are meant to be easily accessible, mobile, and able to capture vivid images on the... Read More

What is EUTR Is timber and is it sustainable?

# What is EUTR Is timber and is it sustainable? In the modern world of timber, and for that matt... Read More

**Model S** The Model S is designed to be the safest and the most thrilling sedan on the market.... Read More