How Casinos Exist in States Where They Aren't Legal

If you were to take a look at a list of every state where casinos are legal, you might notice that New Hampshire isn't on that list. So let me tell you about my experience working as a card dealer in a casino in New Hampshire.

I had always been fond of poker as well as other card games and gambling in general, so for my 18th birthday I wanted to go to a casino. In the majority of states, the legal gambling age is 21, but in New Hampshire it's only 18. You might be asking why the legal gambling age at all if casinos are illegal, and the answer is the lottery. The state's gotta make its sweet, sweet lottery money. New Hampshire was actually the first state to establish a lottery. Also betting on bingo and horse races is legal. Greyhound racing was legal for a while but has since been repealed.

The way the New Hampshire law is written up is that 'All games of chance are illegal' Casinos are illegal. So why is it that I was able to find a number of casinos easily for my 18th birthday? Well it's because they're not technically casinos, but we'll come back to that.

I went to the Hampton Beach Casino on my 18th birthday and had a lot of fun. Closely following that first experience I went to the Lakes Region Casino, also commonly called the Belmont Casino. I went up to one of the managers and asked if they were hiring and if I was even old enough to be a dealer. The answer was "Yes". I had to be licensed by the state, have a background check conducted on me and have my fingerprints entered into the US database… and then I started dealing, black jack, three card poker, a New Hampshire specific game called New Hampshire hold 'em, no that isn't a joke, tournament poker, cash poker, roulette, and the monster that is craps. I hate dealing craps.

Sounds like a casino right? That's because it is. Except not really. Well, kind of. Let me explain. Operations like this are able to exist by utilizing loopholes, particular legal phrasing and some tricky lobbying, and through the use of charity institutions, and since games of chance are illegal and these casinos don't give out free alcohol like most others do, the minimum age stays 18. The thing is, these establishments technically aren't casinos, they might act like casinos and even have giant signs out front that say 'casino' on them, but technically they're "Charity Gaming Venues". You see, charities are exempt from the overarching gambling laws, sort of like how native American casinos on reservation land are exempt from the gaming commission, except with far more specifics and a whole lot more regulation.

I'll explain exactly how it works. Charities are legally allowed to conduct 'games of chance' to generate charitable income. These 'casinos' aren't charities themselves but they are establishments that operate with the participation charities. All of the profit generated by the casino is split in unequal measure amongst the charity, the state, and the casino itself. The casino I worked at operated on a monthly rotation where each month a different charity would come in and split the casino's profit. A representative of the charity is required to show up at the casino throughout the month and they are not allowed to gamble during that time. The charities could range anywhere from the fish and game commission to the boy scouts of America.

The maximum bet as set by the state is far lower than you would find in a place where gambling is fully legalized. In a place like Las Vegas the minimum bet you're likely to find on a table game is $5, with some exception, and the minimum bet on most table games often considerably higher. In New Hampshire the maximum bet is $4, with the minimum bet being $2. Not a giant range to work with. If you aren't familiar with how casinos work, I should make clear that a maximum bet of $4 doesn't actually mean that you're only playing $4 per game like it might sound. That could be the case for blackjack but most table games require multiple bets to play each hand and some games also offer side bets. So while the maximum for each bet might be $4, you're playing more than one bet at a time and you could still easily be spending hundreds of dollars on every spin of the roulette wheel as gamblers are want to do.

The maximum bet of $4 is and was a point of contention amongst many of the casino regulars who wanted it raised and efforts have been made to raise the maximum. The $4 maximum had already been raised from $2 previously, and from just $1 before that.

When it comes to poker the law seems to be constantly changing ever so slightly. Cash poker tables used to be fully outlawed but are now allowed with regulations. Regulations that are pretty easily exploited. The law requires that the maximum buy in at a cash poker table is $150, the way around that is the casino allows a player to buy in at a maximum of $150… per hand. Meaning they can buy in for 150, fold a hand, buy in for another 150.

So in many ways the gambling is heavily and not so heavily regulated. Places that are strictly Poker rooms also have a little more freedom than places offering table games. An argument can be made that a game like three card poker is strictly a game of chance, while a game like Texas hold 'em is more skill based. Gambling laws and regulations seem to be in a near constant state of change but as long as gambling isn't fully legalized, people will likely continue to find loopholes and create workarounds to achieve similar results. 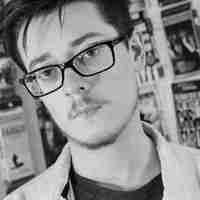 How Dennis Villeneuve Creates a Constant Sense of Dread in Enemy

Creating a Constant Sense of Dread is a difficult thing to do in cinema. Dread is a somewhat more... Read More