How Brands Should Handle Tragedy on Social Media

In the wake of the terrorist-related attacks throughout Paris, that claimed the lives of over 130 and counting, there are a few lessons that can be learned about how to approach social media marketing strategy in the face of national or global tragedies. Below is my take on how things when down across the social media sphere, and how they could have been done better. Don't: Use topical situations to try and sell something. Ever. This is a major misstep that businesses, large and small, have taken year after year. Using any kind of socially harrowing situation to sell a product, service or increase brand exposure, regardless of an event's proximity, is both professionally irresponsible and shrewdly opportunistic. Do: Suspend any and all automated messaging as events are still unfolding. Keep in mind, no one is telling you to go dark for any period of time; you're still a business at the end of the day. But there's something cognitively jarring when an impromptu post about keeping Paris "in your prayers" gets sandwiched between two promotional posts about a BOGO sale that were scheduled earlier that afternoon. Don't: Use company resources to forward personal, socio-political stances on an issue. This should go without saying, but you are a company first. The personal views of account managers, social media directors, and even the CEO should never be expressed through an account that's supposed to represent the entirety of a company's employee base, as well as its core values. Furthermore, if the expressed public opinion of any staff member is used in an attempt to marginalize any group of people based on gender, religious beliefs, race or sexual orientation, they need to be addressed promptly, too. Do: Silently use company resources to fundraise and/or build awareness. There's nothing wrong with donating company time, money or manpower to help those affected by tragedy, but much like Will Ferrell in Anchorman, publicly announcing your charitable actions is the social equivalent of yelling, "Hey, everyone? Come see how good I look!" Don't: Go about business as if nothing has happened at all. It's understandable that not all businesses are going to have a vested interest in the aftermath of national or global tragedies, but that shouldn't make you exempt from being able to show compassion and empathy in the process. Even a simple acknowledgement of the event, with a link to someone who can give the public more researched information--like GQ Magazine respectfully did--will go a long way. Do: Be mindful of future messaging that may be deemed questionable, no matter how unintentional. As recent history has shown, the days or weeks following tragic events are very sensitive ones online. Your social media content strategy should reflect this. Holding off on iffy messaging and seemingly innocent promotions, until the dust has somewhat settled, well save you and your company a few unwanted headaches and unnecessary public apologies. Look, it's no secret that we tend to learn best from our mistakes and that hindsight is almost always 20/20. With that said, a little due diligence, and perhaps some investment in a round-the-clock social media team, could help to reduce and eventually eliminate these kinds of marketing mistakes altogether. 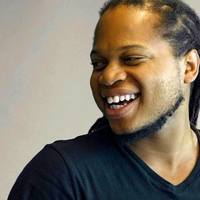 A Tale of Two Psyches: One, a journalist by nature and writer/editor by trade, who stays one step ahead of the competition, bylearning everything there is to know about digital media, content management/production, and the creative process. The other, a resident "ad man with a conscience", who's made it a point to immerse himself in all things marketing. Over the years, and with each project and brand collaboration, the goal has always been to craft the best messages with real meaning. The joy has been in trying to find a balance between both, and truth be told, that's still a work in progress.

Competition is the cornerstone of business strategy, and there's an ever-increasing number of com... Read More