Hit Songs You Won't Believe Were Written by Other Artists

We all have had those wow moments where we were stuck on one song for more than a week and a half, sometimes even pushing it to a month. The lyrics inspired us, the beat gave us life, and the artist had won a spot in our itty bitty hearts, leaving us with a love affair for ages to come. What we did not know, however, is that many of these songs actually had the lyrical voice of other artists who snuck their way into the background by writing the song for the one singing and dancing to it. Read along to gain the same surprise we had when finding out many of these hit songs were written by someone else.

1. Diamonds- Sung by Rihanna and written by Sia

This is absolutely true. Sia is the genius behind many songs and actually had started off her career as a songwriter more or less. When listening to Rihanna's "Diamonds", all of us probably took to heart the love in this song for another person, since the comparison was made that the two lovers together make diamonds in the sky. Knowing Sia's Album "One Thousand Forms of Fear" and its lyrical genius, it can become obvious that these are Sia's words. Rihanna or Sia, the song is truly a gem in its own form.

2. Valerie- Sung by Amy Winehouse, Originally by The Zutons

Let's take this a lot further and delve into one of the most classic songs, "Valerie", in which Amy pours out her heart, soul, and beats into the beauty. Even if this song was written by another band, Amy Winehouse brought it to fame, fortune, and inspiration for all of us. We could even say that because of Amy, the song itself came to life. However, the original version is what came to her attention, given that the lyrics and the song are both brilliant.

3. Party in the USA – Sung by Miley Cyrus, Written by Jessie J

Yes, the everyone is surprised by this fact. Whenever we would hear the catchy guitar lick, we would imagine pre-transformed Miley Cyrus singing it with her silky smoothe, country voice. Jessie brings the sass, and Miley brings the innocence, and both versions are amazing.

4. Till the World Ends- Made famous by Brittney Spears, composed by Kesha

Any Brittney Spear fans out there? If so, welcome to the next shocker that her hit song "Till the World Ends" was actually written by the one and only Kesha. Yes, that's right, Kesha has even written more songs for many other artists. Not only is she a talented artist, she is also lyrical genius to say the least.

5. I Do Not Hook Up- Performed by Kelly Clarkson, Composed by Katy Perry

Last but not least, we end on a Kelly Clarkson, Katy Perry vibe. The greatest gift about learning these facts is that we can see the contrast between both artists, with one being the powerhouse of a vocalist behind it, while the other is the lyrical goddess. Put two together and you get a sassy ballad sung by Kelly Clarkson and written by Katy Perry. This has got to be one of the best collaberations of two unique and talented artists. 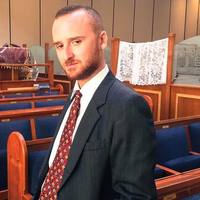 Throughout my twenty-four years of life, my passion for entertainment and the arts has been a constant that never died, through thick and thin. While writing a summary, I could list my successes of being published on multiple platforms for the world to see, but I rather write what gets me through any task of any genre. In my eyes, work is more than just a task at hand, it is an opportunity to serve a purpose in maintaining a result of satisfaction for the reader. Much of my writing experience comes from writing content for multiple sites, creating articles, and songwriting for myself and other artists. Versatility is the best word I use to describe myself when it comes to writing because I can edit, do research, write essays, stories, anything you name it! With that being said, I look forward to working with you to bring you only the b...

My dream had always been to be on "American Idol" and become a successful singer and actor. I use... Read More

Art for Awareness: How One Artist Used 10,000 Plastic Bottles And Mermaids to Bring Awareness to Pollution

# Most of us barely know the facts about ocean pollution and the role that plastic bottle produc... Read More

I mean every word of my title. Living a life with any mental illness can be positively equated to... Read More