"Keep your damn copper ... We got no cents here" reads the sign above the cash register at Hickory Street Bar & Grille. Owner Fred Nelson has been fed up with pennies for quite a while but was recently incensed enough to do away with them for good.

The final straw came as Nelson watched one of his college-educated employees agonize over counting change during the busy lunch hour. "Damn things are more trouble than they're worth," proclaimed Nelson, and that very day he implemented the changes necessary to eradicate the penny (at least within the walls of Hickory Street).

The restaurant's cash register has been programmed to round totals to the nearest five cents, and a jar rests on the counter inviting patrons to "Join the Revolution" by throwing in their unwanted pennies. Knowing that there must be a good use for the "obsolete" coins, Nelson has decided to donate the spare change to one of his favorite charities, Mobile Loaves & Fishes, an organization he has collaborated with in the past.

More than 600 billion pennies remain in circulation today. If a significant percentage of those were to be given to charitable organizations around the country, their income would increase rather than be hurt by the elimination of the penny. By donating the pennies collected at his register, Nelson has created a campaign that has the potential to benefit many nonprofit charity organizations if his idea is replicated. Such a campaign might even make up for some of the losses nonprofit organizations have experienced in recent years due to economic downturns and government cutbacks.

To join in on the Penny Revolution, drop off your spare pennies and other unwanted change at Hickory Street Bar & Grille, 800 Congress Avenue, and help "Lighten the Load."

Beverly Wooden is a writer based in Austin, TX, who volunteered to compile this story as her contribution to a good cause (along with a Mason jar full of pennies she unearthed in her apartment — pennies saved from days spent waitressing at Hickory Street).

*This article appeared in the June 2004 issue of the Mobile Loaves & Fishes print newsletter. 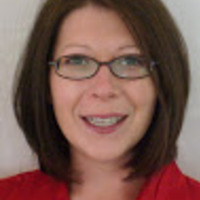 Beverly has been a professional editor for more than 10 years.