Your heart breaks for your teen when she misses a goal in a soccer game, so watching her suffer the loss of a friend might feel excruciating. Once upon a time, you could swoop in with bandages and kisses and ease all her hurts, but she's learning now that life isn't always fair or easy. Predicting her reaction to the death of a friend is impossible, but any child will be comforted to know her mother is there if she needs her. How Teens Grieve Every teen has perfected the "my parents don't get it" eye roll, but not every teen grieves the same way. Your teen might become withdrawn and quiet after losing a friend or might be sad for a few days and then seem to go back to normal. "Your child is her own individual and will have her own response," says Jana DeCristofaro, the coordinator of children's grief services at The Dougy Center, the National Center for Grieving Children and Families, in Portland, Oregon. The way her pal died might affect the way your teen reacts to the loss, but don't make any assumptions. Your teen might be just as shaken by the death of a friend who fought a long cancer battle as she would be by an out-of-the-blue suicide. The type and closeness of relationship your teen had to her friend might have more effect on how traumatic the death is than the way the friend died, says DeCristofaro, though your child might take a death especially hard if there are lingering questions or uncertainty about the circumstances. Social Support Your teen probably wants to spend her Friday nights roaming the mall with her friends instead of playing board games with you, and she might have the same inclination when she's dealing with a loss. "I find teens really want to be around each other, to talk to each other," after a friend's death, says DeCristofaro, especially because talking to you might feel overwhelming. "There's almost like an extra electricity in the room for [grieving teens] when they talk to their parents . . . they don't want to get upset and cry in front of their parents." While it's perfectly normal that your child might cling to her other friends as she works through her grief, don't just assume that because she's not talking to you she's expressing her feelings to others. DeCristofaro recommends asking your teen something like, "I recognize I might not be the easiest person for you to talk to, so do you have friends you can talk to about this, or are there people that are comfortable sharing with you about this experience?" Opening the Door DeCristofaro has worked with families that came up with creative ways to deal with a teen's loss -- without putting the kid on the spot. Checking in via text message might give your child the distance she needs to be more open with you, and buying a journal or box where you can each leave each other notes might also take the pressure off. According to DeCristofaro, some moms promise their teens that they won't mention the things discussed in text or written conversations in person. Sharing the fact that she's angry or scared or filled with regret might feel easier to your child if she knows you're not going to bring those details up again on the drive to school. Your Role The loss of a friend might have devastated you in your teens, driving you to act out or shut down, but your teen -- though she has your nose and same twisted sense of humor -- isn't necessarily going to handle a loss the same way you would. "Giving kids options, asking them what they need, and listening" is a parent's role, says DeCristofaro. Unless your kid's safety is at risk, it's not up to you to make decisions for her while she's grieving. If she wants to drop Student Council because the meetings make her miss her friend too much, or if she feels that getting a short haircut will help her feel better, trust that she knows what she needs. Giving her books about loss or asking her to go to a house of worship with you might also provide her with an outlet for her grief. Another way you can help your teen is to remember that she's still the same kid now that she was before the death. Keep asking her about her math grades, taking her on college tours and hunting for those Rihanna concert tickets she wants. Signs of Concern She might need to take some time off from school, stop eating or weep constantly in the first few days after the death. Her grief might even affect her sleeping patterns and behavior for weeks, but if she's not getting back to her normal routine after a few weeks, she might be suffering from depression and need to see a therapist. Kids who have preexisting issues, such as depression or anxiety, might see their symptoms worsen after a death, says DeCristofaro, so if your teen was struggling before the death, consult her therapist or doctor with any concerns. Watch out for signs that she's taking unhealthy risks, like drinking, hanging out with a new group of troublesome friends or skipping school without permission. Getting Help You probably didn't have all the answers when your kiddo asked you why the sky is blue or how the Tooth Fairy worked, and you can't be expected to have them all now. Your teen might benefit from a few sessions with a grief counselor, or she might feel comforted by participating in a support group for teens who have lost a loved one. DeCristofaro recommends going through organizations like The National Alliance for Grieving Children (childrengrieve.org) or Hello Grief (hellogrief.org), both of which offer links to resources in your area. The Dougy Center (dougy.org) also maintains a searchable database of grief and bereavement organizations located throughout the country. 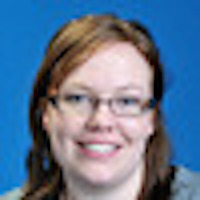 From professional marketing copy to humorous quizzes to children's short stories, I've written it all. With 15 years of writing experience, two master's degrees in communications and an obsession for creating original and engaging content, I'm equipped to tackle any new creative challenge. My areas of expertise are parenting, travel and cooking.