GUIDE: Take the Terror out of Teaching with Tablets

A year and a half ago, I became the iPad Man at the international language school where I teach. I imagine myself as some Mega Man character with the ability to shoot lasers with my fingertips. However, the reality is that my school had introduced twice a week iPad classes and our scores were in the dumps. The transition had been difficult as none of the teachers had ever taught with an iPad and many had never even used any sort of tablet. Our first training had to cover things as basic as how to turn the iPad on. Our academic director came to me not because of my superpowers — impressive though they are — but simply because I wasn't afraid of the new technology. My responsibility as iPad Man was to hold focus groups with students and perform observations of every teacher's iPad classes in order to find what was working and what wasn't. After a summer of working with the staff and students, I came to some conclusions that helped raise our customer satisfaction rating with technology classes from 60% to 85%. In case you are another teacher terrified of tablets, I want to share with you the three things that made the biggest difference. MINIMIZE DOWNTIME A major problem with technology classes is downtime for students while the teacher sets up. Students need to wait for a video to buffer, for a program to load, or for another student's technical problem to be fixed. Downtime causes discontent, and discontent ruins lessons. For tablet classes to work, there must be a way to minimize downtime. The best way to do this: give your teachers an app that allows them to send websites and resources directly to student tablets. The school I work for developed their own app to do this. However, there are plenty of apps available for both Apple and Android products, such as Showbie. Apps like this can open up entirely new types of lesson plans for your tablet class. I've watched lessons fail simply because a teacher wrote a web address on the board, then had to wait for every student to type it out. By the time the teacher had helped any students who typed the URL wrong, the students had already forgotten the task they were supposed to do. Using a workflow management app allows the tablet to function like a paperless workbook and computer all in one. It allows the teacher to open a previously saved lesson plan, show students the page, explain their task, and then send the page to the class with the push of a button. Tablet teaching? There's an app for that. MAINTAIN FOCUS While I was doing my observations, I regularly saw one student browsing social media, another changing the iPad's background image, and another taking pictures of other students. Even the most studious students will sometimes fall prey to the distractions of the tablet. A class that isn't paying attention is a class that can't achieve its goals. A class that doesn't achieve goals leaves students disappointed, even if they were the ones who distracted themselves. Maintaining focus in a tablet class is significantly more challenging than it is in a traditional class. Before your school begins seeing success with tablets, you need to go in with a classroom management strategy. Here are a few we found useful for keeping focus: Tablet hand out: The most dangerous part of a tablet class is the time between when students receive the tablet and when they begin the first activity. This is when they take candid pictures of each other and YouTube Justin Bieber and so on. There's a simple way to evade this. While the task is being explained, the teacher should be the only person in the room with a tablet. This way, when the explanation is finished, students can receive a tablet and go directly into the task with no downtime for distractions. Assigning tasks: Once you've got a workflow app like Showbie, tasks on the tablet become very much like tasks on a worksheet. It's a bad idea to hand out a worksheet before explaining it because this splits student focus between the worksheet and the teacher's verbal instructions. This is doubly true for activities in a tablet lesson with all the colorful, touch-screen buttons and funny sounds. Just like you would with a paper worksheet, it's important to hold up a tablet activity and explain it to students before sending it to them. Talking time and tablet time: It can be difficult to encourage conversation when students are holding the world's most powerful distraction machine. Therefore, it works very well to establish clear tablet times and talking times. Any time students are using the tablet to complete a task, they can have the tablet facing up. Absolutely any other time, they should have the tablet face down on their desk. After a couple lessons, this action will become a habit for them and you won't even need to remind them of it. IN SHORT Tablets are one of the newest additions to our technological teaching arsenal, and it's likely that they're here to stay. They fulfill a role that no other tool in our kit can as they allow us to take advantage of the resources of the internet with the mobility of worksheets. For schools just starting out with tablets, they can be intimidating to plan for because of how unique of a tool they are. There's a lot to learn but you will have successful lessons if you listen to the iPad Man and follow these tips. So put the tablet terror behind you and go into your next class with confidence! 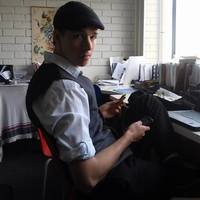 B2B: How to Volunteer to Teach North Korean Refugees

I was early to the matching session for Teach North Korean Refugees, so I chatted with the other ... Read More