The Japanese film industry formed a strange landscape in the sixties, with often highly-constrained studio filmmakers churning out pulpish B-movies, flanked by an independent scene that grew out from the Japanese New Wave, and highly experimental narrative films from directors better known as visual artists.

Japanese society was evolving at a rapid rate following the fall of the Empire and greater cultural communication with the west. But if London was swinging and the hippies were challenging conventional morality in the States, cultural taboos were tougher to shake in Japan.

Cinema audiences could, however, live out their frustrations vicariously at the movies, where despite tight censorship laws the nation's progressive filmmakers were pushing the envelope in their expression of love, lust, and all the weirdness in between.

Here are five movies by five masters of the art, representing studio movies, artistic crossovers and maverick independents. Each film is an aesthetic treat, taking as its motivating factor the dangerous appeal of impossible (or inadvisable) desire.

It's a world where men and women can only have a physical relationship; the colours of the girls' dresses all being one colour signifies conformity, no shades, no grey areas, no loopholes…

Seijun Suzuki was a true maverick of the Japanese studio system. Paid a regular wage to churn out B-movies with scripts that were pre-selected for him, he twisted the material and innovated new techniques to create brash, stunningly original gangster movies – finally getting fired for becoming too esoteric for the trash market.

'Gate of Flesh' stands out among his films of this period for eschewing gangster trappings for the seedy milieu of post-war prostitution in the slums. Four women share theatrically grim digs in a bombed-out warehouse, bound by a shared code: never sleep with anyone for free. But when a wounded soldier seeks refuge in their den, the code starts to seem less appealing to each of them.

Lurid cinematography captures the sweaty, grubby underworld of post-war Tokyo, and if Suzuki spares few grim details, the characters are given dignity through their strength and through the directors original artistic flourishes: most notably, the brightly colour-coded dresses the women wear amidst the murk – respectively described as representing "sudden eruptions and fear" (red), "niceness and compromise" (yellow), and "inner revulsion" (purple).

One of the most epic achievements in the history of Japanese cinema, 'Kwaidan' (usually known by its Japanese title) relates four ghostly folk tales over its three-hour duration, taking the audience on a bizarre and colourful journey through traditional folklore.

Enormous sets give the director full creative reign over his dream project. Entire skies take on unearthly colours, each exterior almost a painting, and the elements dance to Kobayashi's tune, creating a sensuous and evocative parallel universe.

A man returns to his abandoned wife to find her unnaturally forgiving to his betrayal; a bizarre love story between a woodcutter and a snow spirit; a surprising explanation of how 'Hoichi the Earless' got his nickname; and the tale of a haunted teacup, each make up this rich and varied portmanteau.

Romantic and unnerving, 'Kwaidan' is a true cornerstone of Japanese horror.

Very minimal, and very disturbing, 'Onibaba' is the fourteenth-century tale of two ladies living alone amidst the reeds, who make a living by murdering passing soldiers, selling their armour, and dumping the bodies in an at first apparently bottomless hole.

Marketed as a horror, 'Onibaba' is genuinely frightening towards the end when a demon mask that may or may not be cursed becomes a vital tool in the older woman's machinations. 'Horror' doesn't quite do the movie justice, though, as it's a work of pure cinema from a master director who was able to create drama and tragedy from the basic filmmaking toolkit: sound, light, movement, and time.

Whether it's sweltering heat or torrential rain, Shindo evokes the sensual world of the outcast women with claustrophobic tension. The night scenes are swathed almost entirely in black, with the key details picked out by point-perfect lighting, perfectly foreshadowing the grim climax in the dark.

It's like building a house in the water when ships exist. Why insist on a house?

Teshigahara's haunting take on the Sisyphus myth posits an amateur entomologist who visits the beach to collect insects, but winds up himself a prisoner in the sand. Missing his last bus home, the locals help him reach a lone woman's hut in a sand quarry – but refuse to let him out again, instead condemning him to marry his hostess and produce a child.

In between escape plots, the man is forced to shovel sand from the pit for the villagers to sell, only for more sand to slide and constantly endanger the house. Is he digging to live or living to dig?

This existential allegory is given monumental form by great director Teshigahara and experimental composer Toru Takemitsu, adapting the material from a novel by KŌbŌ Abe (Teshigahara also adapted Abe's 'The Face of Another' and 'The Man Without a Map').

Condemned to death or exile by their desires, these anti-heroes comprise a roster of desperate individuals motivated by very basic human drives.

The art of their directors is to find the timeless emotions inherent in each scenario and express them with an originality and purity of vision that ensures these movies classic status despite their base origins. 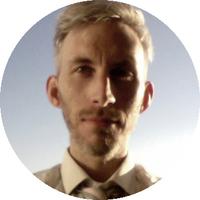 Clients value my skills in adapting my voice for various industries and contexts, working quickly to deadlines, and providing accurate, internet-ready prose. Working under the pen name "G. John Cole," I’ve researched and written a high number of articles, blog posts, infographics and press releases on subjects ranging from careers, digital security, and marketing, to travel, food, and the arts. My particular specialisms are in pets, filmmaking, and post-secondary education. I’m a digital nomad and freelance writer, working mostly in London, Manchester, Oslo and Sarajevo. I'm a native English speaker with a Master of Fine Arts in Filmmaking, and I'm Inbound Certified by Hubspot Academy. I write regularly for content marketing agency NeoMam Studios, and as corporate writer for Keystone Academic Solutions. I'm easy-going but hard-work...

**Hairless dog breeds can be a gift for dog lovers with allergies. And that includes an allergy t... Read More