What was only a phrase 10 years ago — gluten-free — has become a burgeoning food movement that, among other things, involves eliminating wheat from the diet. In the past, living gluten-free meant tediously poring over the ingredient lists on product labels. Now entire supermarket aisles are dedicated to gluten-free living.

People choose to go gluten-free for a number of reasons. In 2008, I was diagnosed with endometriosis, a disease that causes uterine tissue to grow outside of the uterus, resulting in chronic pain and infertility. There are many paths of treatment, but cutting out wheat and other gluten-containing foods is a noninvasive way to combat the pain of the disease, so I've been eating mostly wheat-free — with some falling off the wagon — for five years.

Since I started cutting out wheat, two things have happened: My daily pain has become manageable and often nonexistent, and the gluten-free eating craze has taken over, providing gluten- and wheat-free options at most grocery stores and local eateries, both chains and independently owned restaurants.

Many people want to know if a gluten-free diet is healthier than a gluten-filled diet, what the difference between gluten and wheat is, and what makes celiac disease different than gluten intolerance.

All wheat has gluten in it, but not all gluten comes from wheat. Gluten is a protein found in wheat, barley and rye.

According to registered dietician Susan Katz-Scheinker, who owns and operates Cambium Nutrition in Kalamazoo (CambiumNutrition.com), the gluten-free focus in nutrition right now is not unlike diet trends in the past, including low-fat, low-carb and vegan and vegetarian eating.

Partly driving the gluten-free trend is growing attention to allergies and asthma and their possible connection to wheat. There are differing opinions about whether the type of wheat we eat in modern society causes gluten intolerance, asthma or allergies, but many people, like Katz-Scheinker, think that the gluten-free diet trend started just like any other, because people were looking for a new way to eat and be healthy.

"There is more attention to intolerances and allergies in our society since 2000 than there was before, so people have a different awareness of what the possibilities of intolerance can be, including nuts, eggs, dairy and wheat," Katz-Scheinker says. "These things are also very prevalent in a high percentage of packaged foods. And gluten is one of the most commonly found allergens in packaged foods."

Most people are looking for diet-based answers to explain why their bodies are acting the way they are, Katz-Scheinker says, and that's why so many people who come to see her ask about gluten-free diet options.

The way my doctor explained it to me is that some people have a wheat allergy, which is usually a childhood affliction that clears up by age 5 but results in hives, swelling and sometimes anaphylactic shock. Gluten intolerance is when people get sick from eating gluten. This disorder usually develops later in life and gets worse with age.

If the intolerance is serious, it is often diagnosed as celiac disease, also known as celiac sprue. In people with this condition, eating gluten damages the lining of the small intestine and prevents normal digestion.

Caroline DeRidder, co-leader of the Kalamazoo Area Celiac Support Group, says that for people with celiac disease, a gluten-free diet is not optional.

"I am sick for at least two weeks if I have any amount of gluten," she says. "There's been good and bad with the gluten-free trend. There are a lot more options than there were six years ago, when I was diagnosed with celiac, but a lot of foods and restaurants are catering to those eating gluten-free as part of the trend and aren't being as careful as they should be for people with celiac, which makes it more dangerous for us."

For those looking to begin or maintain a gluten-free diet, the Kalamazoo chapter of the Celiac Sprue Association offers meetings and support for navigating local dining and grocery options. The group helps publish a gluten-free grocery guide too. (Visit GlutenFreeKZoo.org for more information about the group and guide.)

Katz-Scheinker agrees with DeRidder that cutting gluten out of the diet is important for people with celiac disease or gluten intolerance. But that doesn't mean all gluten-free alternatives are healthy, she says. Eating a cookie that's gluten-free, for example, doesn't make it a healthy cookie. In addition, the human body needs carbohydrates, so eliminating gluten cuts out options that must be replaced. If you're thinking of going gluten-free, you might first want to watch your diet closely, Katz-Scheinker suggests.

"If you were to come to me at my practice, I would suggest keeping a record, not only a food record – what time you eat what and how much – but also a record of how long after (eating) symptoms present so we could have a retroactive scene of what's going on. It could be so many things — it could be stress, for example. Examining your diet closely can really help." 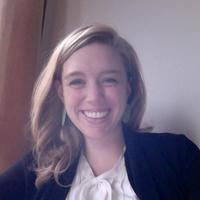 Tiffany strives to be a bowling ball crashing against the ping-pong paddles of consumer indifference. When writing for her clients, she considers everything – from the aesthetic of the typography, to the reverberation of the right word, to the weight of a well-crafted line. She knows the power of good copywriting is that it stirs emotion, calls its reader to action, and creates an abiding cognitive trail long after sexy marketing trends soak back into the ether. Tiffany has been writing professionally, as a copywriter and a journalist, for the last 9 years. She has a Master of Arts in English from the University of Colorado Denver.

I Made That Bacon: Galesburg Butcher Proud of his Traditions

When was the last time you picked up a piece of meat at the grocery store and knew where it came ... Read More

**Subject line: ** Travel to India with Us! **Preheader text: ** Your upcoming travel itinerary i... Read More

**INTRO ** You know how important innovation is, and you're ready to make strides to meet cost, ... Read More